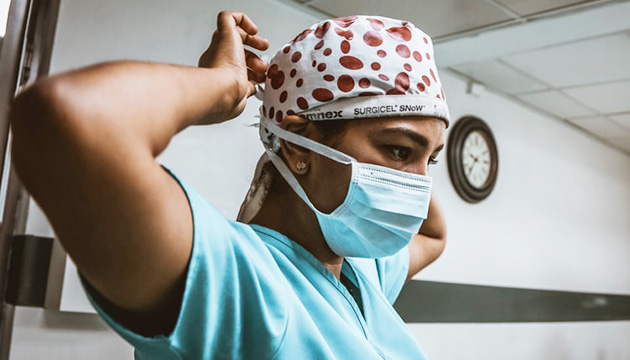 October 12, 2020 - On Thanksgiving Day I asked myself: What three cheers could we convey in the midst of COVID-19 pandemic?

First, raise a collective cheer of gratitude to all individuals and institutions – citizens and governments – for discharging their duty of care and sharing their humanity during this critical period in the life of our nation. Together, we have followed public health directives and advisories. Canada succeeded in “flattening” the pandemic curve last spring. May we remain steadfast and continue on our commitment as we face the alarming surges of new cases. This is our first hope. Second, hope that at least one vaccine – effective and safe – would soon be sufficiently available and deployed. Third, let us hope the United States of America would have its political leadership unite, not collide, with science and medicine and, together with the WHO, navigate better the contagion within its borders and work in global solidarity with the nations of the world. The greatest global health crisis of our time needs a global solution.

Are We Seeing the Second Wave?

The historic influenza pandemic of 1918-1919, also known as the Spanish flu, showed three waves. Its highly fatal second wave accounted for most of the American deaths attributed to it. This is the reference being made when we speak of COVID’s second wave and its dreaded severity. But the Spanish flu’s greater severity was due to mutation of the virus to a more virulent strain. The COVID-19 virus has NOT shown mutation. Based on this reference, we had to have seen the end of the first wave, that is, the fall of cases to very low numbers, followed by a significant number of new ones. Since the first wave in the US has never ended in most states, the country is still with its extended first wave, indicating the virus is 1) simply spreading into new populations, or 2) resurging in locations that let their guard down too soon.

In Canada where we had flattened the first wave to a significantly low number of cases, the ongoing rise in new cases and the increasing hospitalizations in Quebec, Ontario, Manitoba, Alberta and British Columbia indicate that the second wave is underway in the non-Atlantic provinces.

Prime Minister Justin Trudeau has expressed frustration but exuded confidence: “We flattened the curve before, we can do it again.” Warned Chief Public Health Officer Dr. Theresa Tam: “COVID-19 will keep spreading if behaviours don't change. “Adding her call for collective support, Health Minister Patty Hajdu eloquently said: “Living through a global pandemic has not been easy on anybody, and our lives have all been disrupted and upset. We've all had to change and adapt so much. Families have been strained, people have lost jobs, we've had to let go of celebrations, change our plans and forego seeing our loved ones. And of course, far too many lives have been lost to COVID-19.”

The resurgence could be due to a “number of bad apples,” as Premier Doug Ford of Ontario had alluded to. Said the Toronto Star’s editorial: “COVID restrictions – A few bad apples = thousands of lost jobs,” and concluded with the message: “Pay attention to Public Health.”

Now into its 9-month of contagious journey since the first patient outside China was diagnosed in Thailand on January 13, COVID-19 has continued to cast its shadows of illness and death. But its gravity is reflected not only in the enormous human toll – physical and psychological illness and death – but also in the countless loss of livelihood, interruption of schooling, shutdown of many social activities, and the freefall of the economy. Worse, we see no end in sight.

The world’s total deaths have surpassed the million marks. For Canada, the two-week changes came to over 2,100 cases and 25 deaths daily. USA has remained the epicenter – both in caseload and deaths - averaging nearly 49,000 cases and 660 deaths daily.

USA has remained, for a long time now, the epicenter, with over 7.8 million Americans sickened and over 200,000 of them have died in the 9 months since the highly communicable disease left China on January 13, 2020.

How deeply disturbing, indeed, it has been to observe that a tiny virus could humiliate a country with the most of military might and the best of scientific minds, healthcare expertise, and biomedical manufacturing capacity for failure to provide to health care workers and the American public the needed protective equipment in their time of greatest need! It could only be ascribed to failure of political leadership.

Anatomy of Leadership Failure – A Litany

B. The administration was, when the disease first arrived,

C. The administration has

It is unfortunate, indeed, since it is universally acknowledged that USA has the following enormous advantages coming into this crisis, namely:

All these reasons and misuse of known institutional strengths must have had a harmful impact on how America on the part of its presidency and administration, has dealt with the pandemic, so much so that the handling of the pandemic has become the single dominant issue in the minds of American electorate as they head to the polls within days.

Come Tuesday November 3rd, the eyes of the world would focus on the US presidential election. The major question is: Would the electoral results usher in a new political leadership that would, in the words of CNN News analyst Stephen Collison, “navigate America through a moment of national peril” and adopt a coordinated plan based on science, for control of the pandemic in the USA and in our interconnected world?

Charles Lewis, a former editor at the National Post, had this to say in a recent issue of the Globe and Mail: “I just did something I have never done before in a U.S. presidential race: vote for a Democrat. I had no choice.”  Alluding to COVID-19 specifically, he continued: “We now know, thanks to journalist Bob Woodward, that in early 2020 Mr. Trump understood how deadly the virus was but refused to relay that to Americans… He is even willing to expose his supporters to grave illness. During the worst of the pandemic, he held an indoor rally in Tulsa, Oklahoma – no masks required. Attendee Herman Cain, a former (Republican) presidential candidate, died of the virus. And now COVID-19 is wreaking havoc in the White House, with Mr. Trump himself contracting the virus. He is still playing it down…ignoring the devastating fact that more than 211,000 Americans have died.” He concluded: “But if Mr. Trump is re-elected, I fear the …United States will be in danger of losing its soul.” A serious non-partisan indictment, indeed, from a well-informed and concerned American citizen!

David Gergen, a White House adviser to four presidents and professor at the Harvard Kennedy School, where he founded the Center for Public Leadership, recently observed: “The Trump White House is falling apart at an astonishing pace.”

They are not alone. Two publications -Scientific American (SA) and the New England Journal of Medicine (NEJM) - representing the collective voice of science and medicine and traditionally apolitical - have felt compelled to add their assessment of their man on the top of their government and their urgent civic prescription.

The Editors of SA, which has never endorsed a presidential candidate in its 175-year history until now, endorses Joe Biden in its article, From Fear to Hope, in the October 2020 issue of the magazine: “The evidence and the science show that Donald Trump has badly damaged the U.S. and its people—because he rejects evidence and science. The most devastating example is his dishonest and inept response to the COVID-19 pandemic…He was warned many times in January and February about the onrushing disease, yet he did not develop a national strategy to provide protective equipment, coronavirus testing or clear health guidelines. Testing people for the virus, and tracing those they may have infected, is how countries in Europe and Asia have gained control over their outbreaks, saved lives, and successfully reopened businesses and schools…. It wasn't just a testing problem…Trump has proposed billion-dollar cuts to the National Institutes of Health, the National Science Foundation, and the Centers for Disease Control and Prevention, agencies that increase our scientific knowledge and strengthen us for future challenges. …Biden plans to ramp up a national testing board, …to establish a Public Health Job Corps of 100,000 people, many of whom have been laid off during the pandemic crisis, to serve as contact tracers and in other health jobs. …direct the Occupational Health and Safety Administration … to avoid the kind of deadly outbreaks that have occurred at meat-processing plants and nursing homes…. (and) to spend $34 billion to help schools conduct safe in-person instruction as well as remote learning.” It concluded its endorsement: “It's time to move Trump out and elect Biden, who has a record of following the data and being guided by science.”

Alluding to the President’s (without using his name) handling of the pandemic, the NEJM in its October editorial, Dying in a Leadership Vacuum, wrote: "Anyone else who recklessly squandered lives and money in this way would be suffering legal consequences. Our leaders have largely claimed immunity for their actions. But this election gives us the power to render judgment…. When it comes to the response to the largest public health crisis of our time, our current political leaders have demonstrated that they are dangerously incompetent. We should not abet them and enable the deaths of thousands more Americans by allowing them to keep their jobs. There is no question that his slow response to the crisis, his administration's struggle to expand testing capacity, his advocacy of unproven treatments and his skepticism about mask-wearing have had a decidedly negative impact on how Americans have dealt with the pandemic…Covid-19 has created a crisis throughout the world. This crisis has produced a test of leadership. With no good options to combat a novel pathogen, countries were forced to make hard choices about how to respond. Here in the United States, our leaders have failed that test. They have taken a crisis and turned it into a tragedy.”

America faces an epic choice on November 3rd, and the result will have global repercussions, including to Canada. I echo the above- noted sentiments.

Rey D. Pagtakhan, a retired lung specialist and professor of pediatrics and former cabinet minister and Parliamentary Secretary to the Prime Minister, graduated from the University of the Philippines and the University of Manitoba (UM) Faculty of Graduate Studies and Research. He trained at the Children’s Hospital of Washington University School of Medicine in St. Louis and the Children’s Hospital of UM Faculty of Medicine in Winnipeg. As Canada’s former Secretary of State for Science and Research, he presented on “The Global Threat of Infectious Diseases” at the G-8 Science Ministers/Advisors Meeting held in Berlin in June 2003.