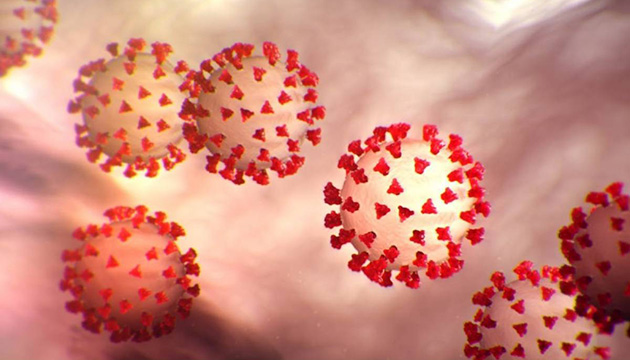 June 16, 2020 - The heart-rending deluge of breaking news for the last half year has focused on the COVID-19 pandemic and its tragedy of illness and death. Now spread across 188 countries, it has sickened more than 7.77 million of the world’s population and claimed the lives of nearly half a million. More than 100,000 Canadians became ill; more than 8,000 succumbed; and thousands have yet to fully recover. USA has suffered the most with over two million cases and over 100,000 deaths.

The pandemic onslaught has stopped in New Zealand and seen signs of retreat in some countries, Canada included. Restrictions to physical distancing and limitations to private gatherings are being eased. Success in developing effective drugs and vaccines appears closer to realization, with more human clinical trials starting this month. Experts are now predicting general public availability of these pharmaceutical agents in months, not years.

Just as the world is seeing progress on the pandemic, the deluge of breaking news of the recent past 19 days has focused on the killing of George Floyd and the ensuing mass protest sparked by his death while in police custody. The protests have spread to other cities and towns nationwide and have struck a sympathetic chord in major cities and capitals of Canada, Europe and other countries.

George Floyd, a 46-year old African-American, had just bought a pack of cigarettes from the Cup Foods store in Hennepin County in Minneapolis on the evening of May 25, 2020. Suspecting a fake $20-bill, a store employee called police. Video footage showed the victim handcuffed and lying on the ground with the senior white cop putting his left knee on the victim’s neck and kept it there for 8 minutes and 46 seconds, in the presence of three other officers. Before he became motionless, he said repeatedly, “I can’t breathe.” These moments were captured on smartphones by witnesses who shared widely the footage on social media.

So callous was the killing that it has opened the wounds of systemic racism, racial inequality, and police brutality in America and sparked a civil protest the following day in the city.

A Clarion Call for Justice

That it needed the loss of a black man’s precious life at the hands of a callous white police officer to awaken the conscience of a nation to police brutality and systemic racism is a clarion call for justice. Would the nationwide protests – in their 12th day at press time - in the cities and towns of America that have now spread beyond its borders to Canada, England and France, result in genuine change for racial equality among citizens? It is our big hope.

We are dealing with a pervasive societal disease called systemic racism. Not due to a biologic virus, it has nonetheless harmed the health – the dignity, respect  and well-being – of people in color, of the black community in particular; hence, the banner “Black Lives Matter.” The Canadian Public Health Association has acknowledged as much. Its 2018 position statement said:  “Those who experience racism exhibit poorer health outcomes including negative mental health outcomes, negative physical health outcomes, and negative health-related behaviors.”

This position was re-echoed a week ago (June 8) in a joint statement by the Ontario Health Coalition in a CTV news report headlined Racism against Black people a public health crisis: “We cannot be silent in the face of the ongoing horror Black people are experiencing in Ontario, across Canada, and in the United States.” Systemic racism exists when segments of the citizenry are treated less than others by their governments and their agencies simply on the basis of color of one’s skin.

While Canada, I must hasten to add, has in place certain institutional bulwark of protection against racial inequality – the Charter of Rights and Freedoms, the Employment Equity Act, and the Canadian Race Relations Foundation to mention just three - constant vigilance on the part of both the citizenry and the public leadership remains a continuing imperative. Canada should continue to do more to advance racial equality, human dignity, and humanity on all fronts. One immediate area to start is on criminal justice reform. The necessity cries out for creative leadership.

Marie Henein, a criminal lawyer and senior partner with Henein Hutchison in Toronto,  wrote on the subject with eloquence and erudition in a recent opinion piece for the Globe and Mail (June 13). To introduce the subject, she penned:  “The history of racism, in the United States and Canada, manifests in an endless list of ways.”

Focusing on the criminal justice system, she begins: “Its history and present is central to our understanding of how criminal justice, from police powers to sentencing, is part of the web that directly oppresses Black and Indigenous lives.”

Then she moves on to the current situation: “There is a rational reason that Black Lives Matter marches have been accompanied by demands to defund police, enforce police oversight and decrease the epidemic of mass incarceration. It is because the state’s weaponization of the criminal justice system for the purpose of racial marginalization has a long, well-documented history. Using the criminal law is a dependable and effective method to double down on marginalizing the marginalized and sidelining the racialized. Historically, criminalizing others, locking them up, is a weapon deployed to maintain social dominance.”

Midway in her exposition, she writes: “Criminalization and incarceration are the ultimate weapons in marginalization. Arresting someone, restricting their movements through a bail order, and handing out a conviction and hence a criminal record – incarcerating is a surefire way to push down and keep down a population. It guarantees a life of struggle and a burden that the majority of the white population does not suffer…. Unless there is a death that happens to be caught on video, or a crime alleged, nobody hears about it. But while it is hidden from view, those experiences are lodged in the collective and individual psyche.”

She concludes: “One of the most troubling aspects is that the police conduct that is inspiring demonstrations across not only this continent but the world is state conduct. Let me say that again because it is a significant point that must be understood: The conduct, the abuse, is visited upon members of our community by our own governments. It is sanctioned and financed by the state. The police officers are state actors and state funded. The criminal justice system is comprised largely of state actors paid for by the government. The jails are manned, funded, controlled by state actors. The offence, the outrage stems in no small part from our government’s role in the abuse of its own citizens. This travesty lays squarely at the feet of our government and the gross inaction of politicians, no matter what their political stripe.”

Incisive, authoritative, and distilling from her professional expertise and wealth of experience in criminal law, Ms. Henein has made her case for criminal justice reform most compelling. The Prime Minister and Parliament are well advised to heed and deliver on this social cancer of public health.

Dr. Rey D. Pagtakhan, P.C, O.M., LL.D., Sc.D., M.D., M.Sc. is a retired lung specialist, former professor of pediatrics and member of Canada’s parliament and government. He served on the Winnipeg Police Commission and chaired the House of Commons Human Right Committee. He presented on “The Global Threat of Infectious Diseases” at the G-8  Science Ministers and Advisors Meeting held in June 2003 in Berlin, Germany. Contact: This email address is being protected from spambots. You need JavaScript enabled to view it.