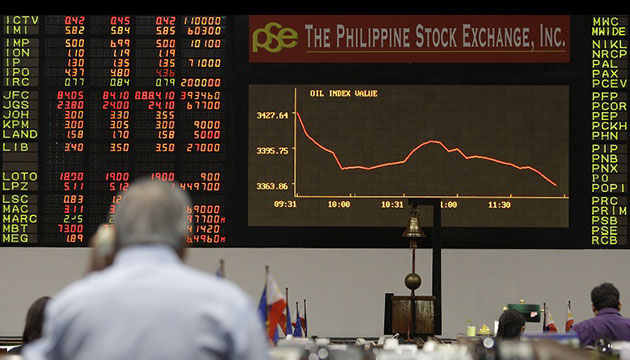 In recent years, a number of articles have appeared in international media outlets about how a robust economy has catapulted the Philippines to the status of tiger economy, even gaining investment grade credit rating from credit rating agencies such as Moody’s.

In big cities like Makati and Cebu, we see shining new high rise condos and buildings mushrooming almost overnight. We see evidences of wealth in the form of humongous shopping malls sporting modern accoutrements. We read about how the country’s gross domestic product (GDP) impressively grew to being the best among member-countries of the Association of Southeast Asian Nations, and the envy of more advanced nations.

But parallel to all these, we also see poverty and squalor just a few hundred meters from the glimmering structures; hopelessness in the shanties where drugs have become an easy means to escape, albeit temporarily, gloom and despair. We often see video clips on social media of daring crimes being committed in broad daylight, of wanton lawlessness, and of abuse of even the pettiest form of power. We get frustrated when we see the small fry getting arrested and paraded on media, while the big corrupt fishes in government and business go about their usual nefarious activities.

Simultaneously, there were the high profile graft cases that caught global attention and gave the impression that the war on corruption was gaining ground. The perception was that the Philippines was a safe and profitable place to park investible funds.

Thus, foreign money flowed in and swelled the stock market. Publicly traded companies, especially those in construction and land development (e.g., Ayala, SM, Megaworld, etc.), and those engaged in resource extraction (e.g., Philex Mines, Atlas Mining, Benguet Consolidated, etc.) as well as holding companies (e.g., First Metro, SM Holdings, etc.), were able to capture a huge portion of the inflowing funds. Only a relatively small part of those investments went to manufacturing, technology, energy, fisheries, agriculture, irrigation, affordable housing, shipbuilding and other essential industries that create and sustain long term and stable employment. Education and science that are the foundation of knowledge industries were not so lucky to participate in the stock market boom.

From the perspective of the wealthy one percent, life is good. Ask anyone who resides in those posh enclaves, or one who drives a Maserati and he will tell you the party is just beginning. And why not, their families are reaping the benefits of the stock market boom. But ask anyone who endures the daily trek on the Manila Metro Rail Transit (MRT), or who hawks buko juice on the streets, and you’ll only get a grunt.

Lately, foreign media is beginning to notice. Long infatuated by the gleaming skyscrapers and impressive GDP, they are now training their sights at the less fortunate sectors of society.

Asia policy adviser to The Huffington Post and the Berggruen Institute Richard Heydarian, in his article ‘The Mirage Philippine Economy’ wrote in February 2014: “Same experts, however, have been showering democratic emerging markets such as India and the Philippines with praise, depicting them as recipients of demographic bonus, thanks to a surplus of cheap, young labor. But what this analysis tends to miss is that rapidly growing economies with weak states have been suffering from a more pernicious trend: The GDP is growing, but per capita income rates and productivity levels have been largely stagnant.”

Heydarian also wrote: “With the exception of a few billionaires at the top, the middle class — predominantly reliant on retail, real estate, and Business Process Outsourcing (BPO) sectors — is hardly expansive and consequential enough to lift the country to a higher state of (manufacturing-led) development…….The result, as many critics have lamented, is staggering levels of wealth concentration without a significant reduction in unemployment and poverty rates.”

This is the reality on the ground today. This youngest ‘tiger economy’ is actually in a rut, or worse, in a tinder box. Do newly elected leaders have the moral and intellectual strength to shun the formidable forces of vested interest and instead use the power of their offices to effect the changes they promised during the campaign? Do they have the will and skill to open the gates and let the wealth flow downstream to the masses?

Only time will tell. But the problem with this statement is, it may be too late.