Community service at the heart of politics

My involvement in the politics of Manitoba started on the very first few months of 1980.

Ms. Maureen Hemphill, then seeking the nomination of her party to become the NDP candidate for the Logan constituency, asked for and got my consent to become a member of the party. My wife and I paid the required fees and signed the forms.

Ms. Hemphill was nominated and went on to win the election in 1981.

Fast forward to 2011, Diwa Marcelino and Tom (whose surname will remain confidential), who were political insiders themselves, approached me to consider running for the NDP. I decided that the advice from Diwa and Tom were good. I went after the nomination to become the NDP candidate for the newly minted Tyndall Park constituency. 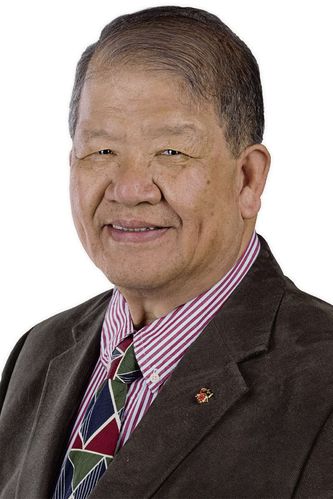 I never thought that at age 65, it would be advisable to run for public office. But I did. I am now 69 years young. And will I run again when I am 73? Maybe, God willing.

As the Opposition Deputy House Leader and Deputy Whip, I do what it entails to make the government of the day accountable to the People of Manitoba. As Crown Services Official critic, I deal with issues related to Manitoba Hydro, Manitoba Liquor and Lotteries, Manitoba Public Insurance Corporation and other minor Crown corporations.

My advice for those aspiring to be in the political arena?Start when you are a bit younger. Start by doing community service to your constituents. Don't think of public office as a career goal. Remember that all politicians have "expiry dates" marked in distinctive colours, right on their forehead. Don't forget that public service is just what it means: serving the general public, 24/7/365.

Regrets? None whatsoever. I am enjoying tremendously the interaction I have with other politicians and the general public. I will encourage all who have a big heart for our people to try serving with unconditional devotion and unwavering commitment so that we can leave this earth a better place than when we found it.

(Ted Marcelino studied law at the University of the Philippines and worked as a municipal and litigation attorney in Manila before immigrating to Canada with his family in 1980. Prior to being an MLA, he volunteered helping new Canadians at the Immigration and Refugee Board. Marcelino and Corie, his wife of more than 40 years, are blessed with 10 grandchildren and have one more on the way.)