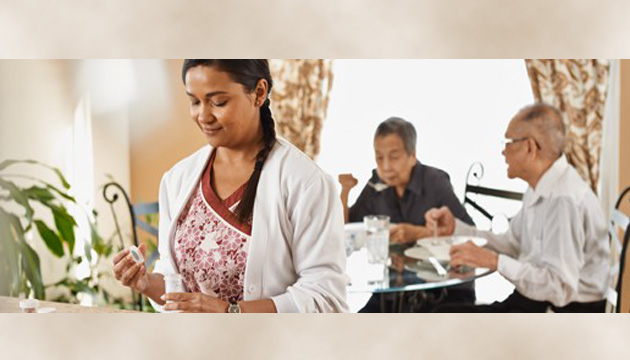 The federal Liberal government is taking steps to ensure that thousands of mostly Filipino women who came to Canada as caregivers under the Live-in Caregiver Program (LCP) will be rejoined by their families at last.

Many such caregivers have been separated from their families for as many as eight years due to the slow processing of their applications for permanent residence status, a requirement needed for them to bring their loved ones to Canada.

On December 3 this year, Immigration, Refugees and Citizenship Canada(IRCC) announced in a media release that the backlog in the processing of applications for permanent residency will be “largely eliminated by the end of 2018”.

Ahmed Hussen, Minister of Immigration, Refugees and Citizenship, stated in the release that caregivers will soon “reach their goal of permanent residence” after having “faced long delays and family separation”.

“After diligently providing care for Canadians, they may soon be in the company of their own loved ones, together in Canada,” Hussen stated.

Last September, Migrante, an organization advocating for the rights of caregivers and other temporary workers, launched in Toronto the first of a series of rallies to protest delays in processing applications for permanent residency.

Migrante had estimated at that time that around 27,000 applications were waiting for government action.

In its media release, IRCC noted that additional resources were allocated last fall to process applications.

“With this focus, IRCC is on track to finalize 5,000 more cases than originally planned by the end of 2017,” according to the agency. “This surge will allow IRCC to welcome 20,000 new permanent residents in the caregiver category in total this year, reaching the high end of the target range as set out in the 2017 levels plan.”

The LCP was started in 1992, and has served as a pathway for thousands of Filipino women to come and work in Canada. Filling the demand to provide in-home care for children, seniors and people with disabilities, the LCP also provided a route for permanent residency and eventually, citizenship for caregivers and their families.

Caregivers are eligible to apply for permanent residency after two years of live-in employment, and it is only then that they can petition their families to join them in Canada.
In November 2014, the federal Conservative government abolished the LCP and introduced a new Temporary Foreign Workers Caregivers program. Unlike the LCP, this new program has no live-in requirement and does not guarantee a clear path to permanent residency after two years of employment

TFW caregivers must meet certain requirements such as work experience based on the Canadian National Occupational Classification (NOC), Canadian post-secondary education credential and language ability with a minimum language levels of Canadian Language Benchmark (CLB) in order to be eligible to apply for PR . Still, unlike LCP caregivers, they have no certainty of a PR grant.