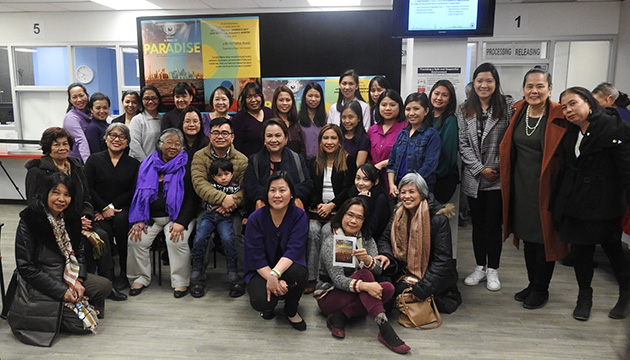 More than a year after its world premiere in Toronto, a documentary by Patrick Alcedo continues to inspire audiences.

Alcedo is an associate professor with York University’s department of dance, and he is the one behind “A Piece of Paradise”, an intimate portrait of three Filipino women who built new lives in Canada.

The documentary followed Norlyn, a personal support worker for a lady suffering from Alzheimer’s disease. She struggles to raise her son as a single mother. Her older sister Betsy is an employee at a jewelry shop. Betsy takes on various part-time jobs to make both ends meet. Em-Em is a nanny to daughters of a rich Jewish family. Em-Em saves her salary in order to send money back home to her parents and older sister in the Philippines.

Shot over a five-year period, “A Piece of Paradise” had its premiere on November 18, 2017 during the Toronto Reel Asian International Film Festival.

As part of the global celebration of International Women’s Day on March 8, 2019, “A Piece of Paradise” was screened at the Philippine Consulate General in Toronto.

A media release by the consulate quotes Alcedo: “I hope that you will find their stories and their journeys not only moving, but also gentle reminders that no matter how challenging a situation may be, how far we are from our homes and loved ones, and how foreign Canada may be at times, we have resources within and around us to find our own small-or even large pieces of paradise.”

According to the York Centre for Asian Research, Alcedo is a dance ethnographer and a specialist on Philippine traditional dances.

Born and raised in the Philippine province of Aklan, Alcedo received his PhD in dance history and theory from the University of California, Riverside.