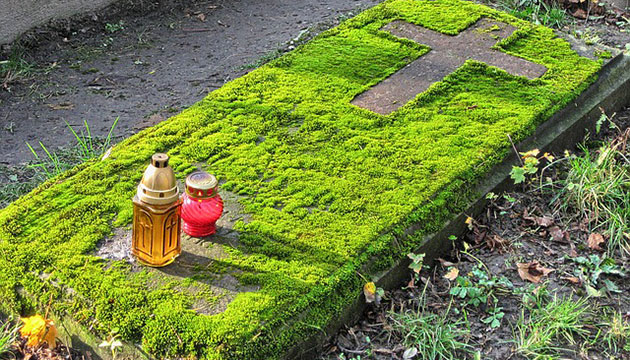 November 1, 2020 - In the Philippines, All Souls Day is now called "Undás" (don’t know why), "Todos los Santos" (Spanish for "All Saints"), and "Araw ng mga Patay / Yumao" (Tagalog for "Day of the Dead”) which incorporates All Saints Day and All Souls Day. It is celebrated on November 1st. Undas is probably colloquial for Undras which means “to honor” in Spanish.

All Souls Day is a Christian holiday in the Philippines and celebrated in honor of all the saints, known and unknown. For Catholics, it is a Holy Day of Obligation but when it falls on a weekend or a Monday, as on this month, the obligation to attend Mass is waived.

Filipinos traditionally observe All Souls Day by visiting the graves of the family’s departed a day or two earlier to clean, repair and repaint the tombs. On the day itself, there are offerings of prayers, flowers, and candles as family and friends spend the whole day in cemeteries keeping vigil by the graveside.

On this day everybody leaves flowers and lights up candles on the graves – flowers to remember that the deceased once enjoyed the colors of life and candles as symbols of love and hope for eternal rest. Lighting the candles was meant to kindle a light for souls languishing in darkness.

The Catholic Church teaches that the purification of the souls in Purgatory can be hastened by the actions of the faithful on earth hence the prayers. Priests would go around the cemetery to offer prayers and bless graves. Many people go back to their home provinces for All Souls Day. Special masses are also held in churches in memory of the departed.

The offering of the departed’s favorite foods is more a Chinese than a Filipino tradition. Filipinos bring food to the cemetery for themselves – to eat while passing the time away seated by the graves of their deceased family. Filipinos, known for their love of singing, also bring guitars for music and entertainment while at the cemetery. Gambling and loud music, however, have been banned by the government to show respect for the dead.

As it is a public holiday, there is no school or work this day. However, in the Philippines this holiday is not only to remember the deceased but also to gather with living members of the family, sometimes even the whole clan, for a family reunion.

The largest cemetery in the Philippines is the Manila North Cemetery locally known as Sementeryo del Norte. Before WWII, this was where some of the country’s celebrities and politicians were buried. It was also the final resting place of many popular movie stars. Although better planned memorial parks have opened since then, Sementeryo del Norteremains very crowded on All Saints Day even today. This is where the number of people from all walks of life and street vendors selling almost anything – flowers, candles, umbrellas, paper fans, hats, food, drinks, sweets, cheap t-shirts, toys,  magazines,  comic books, song hits, newspapers, cigarettes, etc. – can be overwhelming.  Unfortunately there are never enough rubbish bins in this cemetery so at the end of the day all kinds of the garbage are scattered all over the grounds.

The Corruption of the Living Dead

It is not only the Manila North Cemetery that is littered with garbage in the Philippines. The whole country is littered with trashy politicians who corrupt poor vulnerable voters by buying their votes. Many Asian countries suffer from this kind of corruption.  In the Philippines, other means of corruption include graft, bribery, embezzlement, backdoor deals, nepotism, and patronage.  Bribery is common in many sectors, and anti-corruption laws are poorly enforced so practically everybody in a position to make money on the side or benefit from a bribe does it.

During this Todos los Santos, perhaps prayers should not be limited to the family’s dead. There are many living Filipinos in public office who need prayers, too. They are the living dead – the corrupt politicians and leaders whose souls are dead to what is right and just.  They and their families need prayers to enlighten them to do right. Prayers for the dead should include their rotten souls because they need prayers more than the family’s dead.

These corrupt politicians and government officials have enriched themselves and their families by stealing from the public purse and from the people they are supposed to serve. Many of them have several families because of the widely accepted practice of keeping queridas or mistresses and having children with them in addition to the first wife and children.

Keeping several mistresses and families is not illegal in the Philippines. Even the church turns a blind eye to this practice if it involves high government officials who make huge donations to the church.   These corrupt politicians have perpetuated themselves in public office because it is the only job in the Philippines where they can make easy money without putting in hard work and long hours and still enjoy the support of people who put them there.

Hopeful signs to pray for

Although this kind of corruption has been going on in Philippine politics and other Asian countries for years through well known dynastic families, there were hopeful signs in the last general midterm elections when one dynastic family, the Ejercito/Estrada, was wiped out in Metro Manila which elected a mayor who was not related to any dynastic family and booted out the head of a well known dynasty who was running for reelection as mayor.  A few provincial trapos (professional politicians) were also trashed in this 2019 general elections.

For long suffering Filipinos who have to live in the midst of corruption daily, these were good signs of a country cleansing itself of dirty politicians. But if Filipinos quickly forgive and forget the Marcos dictatorship of the past, the younger Marcoses are gearing for a comeback to resurrect the Marcos dynasty in the forthcoming 2022 elections. The remains of their founder have already been returned from exile with a President Duterte - approved burial as a hero in the Libingan ng mga Bayani.  And the Ejercito/Estrada clan is just biding its time. The younger Ejercito/Estradas will soon be in power again in Manila, San Juan and Laguna if Filipinos don’t pray hard enough this Todos los Santos.

Eleanor R. Laquian - Vice-President and Director of MBNS, and Editor of Canadian Filipino Net
Eleanor R. Laquian has written four best-selling books and co-authored four others with husband Prod Laquian. She has served in various capacities at the University of British Columbia’s Institute of Asian Research: manager of administration and programs; editor and chair, publications committee; and primary researcher of the Asian Immigration to Canada project. She has a degree in journalism from Maryknoll College in the Philippines, and a master’s degree in public administration from the University of the Philippines. She has worked with the UN Food and Agriculture Organization, the World Health Organization and the UN Information Center. She was a researcher and bureau manager of The New York Times in Beijing, China from 1984 to 1990. She and Prod have visited for work and pleasure over 100 countries. They immigrated to Canada in 1969. They have been married for over 50 years. 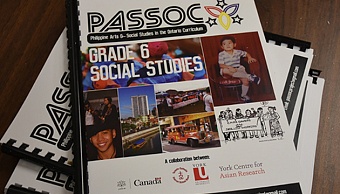