February 16, 2021 – One of Canada’s biggest banks has launched a scholarship program for students wanting to become lawyers and champions of anti-racism.

Scotiabank announced on February 1 this first-in-Canada program for the next generation of anti-racism advocates in the legal profession.

In a media release, the bank said that the scholarship program aims to increase the number of students pursuing a career in the legal profession with the intent to become advocates for anti-racism.

“Like banking, the legal profession benefits enormously from the diverse perspectives of its members,” Scotiabank president and CEO Brian Porter said.

The bank executive also said that the Scotiabank Program for Law Students “endeavors to give the next generation of legal professionals a stronger voice and presence in furthering the fight against racial discrimination”.

“We are confident that this first-in-Canada program will help create positive and lasting change for the benefit of all Canadians,” Porter added.

This program gives aspiring Canadian Filipino lawyers a chance to pursue their dreams.

Lawyers are a rare breed in the community, and this issue was covered by Canadian Filipino Net in a story on August 16, 2020 about Warren Urquhart.

Urquhart is of mixed Filipino heritage and was at the time a second-year student at the Osgoode Hall Law School in Toronto.

Urquhart wrote a two-part series at The Lawyer’s Daily, a publication of LexisNexis Canada, and related that he is the first member of his family to meet a Canadian Filipino lawyer.

This surprised the law student as his family has been in Canada for a long time.

“My grandparents, mother and seven of her siblings lived in Canada for decades before my acceptance into Osgoode,” Urquhart wrote.

Urquhart noted that in the 2006 Census, Filipinos were the fourth largest visible minority in Canada.

He cited a 2010 report titled ‘Racialization and Gender of Lawyers in Ontario’, which showed the state of Filipino representation in the legal community.

In its media release, Scotiabank said that scholarship recipients will be selected based on several factors. These include their demonstrated experience in anti-racism advocacy and a clear articulation of how they will leverage their legal careers to tackle systemic discrimination.

The financial institution explained that the Scotiabank Program for Law Students will enable each affiliated university to award one student per year a $10,000 scholarship renewable annually for the duration of their three-year degree.

Moreover, each scholarship recipient will have the opportunity to meet with Scotiabank executives and members of the legal community and select participants in the scholarship program will be offered an internship opportunity at either Scotiabank, a law firm or another legal advocacy organization.

The bank said that a total of $540,000 in scholarship funds will be awarded to 18 students throughout the duration of the program.

The release did not provide further details, and these may be available at the participating law schools.

Scotiabank employs over 90,000 staff members. It has assets totaling about $1.1 trillion as of October 31, 2020). It trades on the Toronto Stock Exchange (TSX: BNS) and New York Stock Exchange (NYSE: BNS). 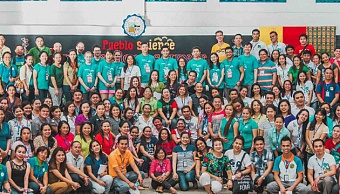 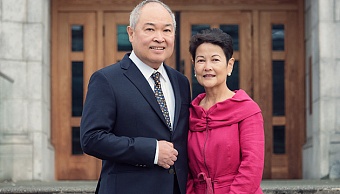 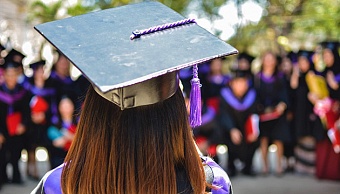