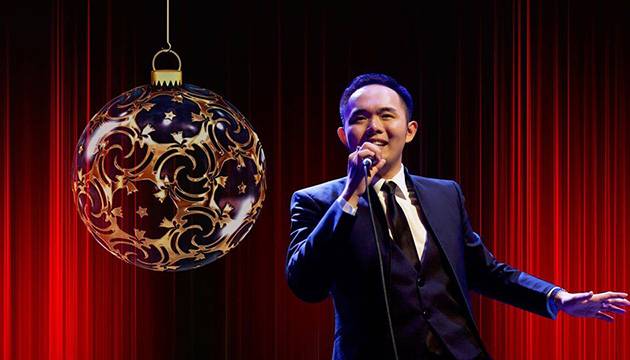 December 16, 2019 - Paul Ong of Winnipeg has found a measure of fame with his musical talent.

In 2015, Ong won the World Championship of Performing Arts in Los Angeles. A few years earlier, Ong competed in Canada’s Got Talent, where he made a good impression.

But Ong does not consider fame as the end-all for his gift.

For the singer, who was originally from the Philippines, music is a platform to support and empower communities.

For the last five years, Ong has been organizing and performing in annual fundraisers for good causes.

On November 17 this year, Ong’s concert raised $28,000, of which $25,000 will benefit Sistema Winnipeg, a program that delivers daily, after-school music lessons for children from families that have few resources.

“The idea is to change lives,” Ong said in a report by the Winnipeg Free Press before the event.

A report by CTV News noted that Ong had a thriving singing career in the Philippines before he immigrated to Canada with his family in 2010.

According to the report, Ong gained “national attention” when he competed in Canada’s Got Talent.

When Ong represented Canada at the World Championships of Performing Arts in Los Angeles in 2015, his trip was funded by money raised by the Filipino community.

That experience inspired him to start his annual fundraisers.

For 2019, he chose Sistema Winnipeg because of the “transformative effects” music has on children.

“When kids are given the opportunity to learn and to enhance their talents, then it blooms into something,” Ong said in the CTV News report. “It’s really able to change and impact their lives.”

Ong is a public school teacher by profession. He works at the General Wolfe School, a junior high school.

Ong has also taught in First Nations reserves, and in inner-city schools in Winnipeg.

After moving to Canada with his family, Ong pursued further education studies at the University of Manitoba.

In 2018, Ong ran for a seat in the school board, but was unable to garner enough votes.

Ong’s election campaign website at the time noted that he was completing a master’s degree in education.

The Winnipeg-based Pilipino Express reported that Ong’s fifth annual concert last November 17 saw him perform with the Winnipeg Symphony Orchestra, and the kids of Sistema Winnipeg.

“This all started because I really wanted to use music to give back to the community,” Ong said in the local paper’s report. “In the process, I realized that more than the giving back part, I also love giving an opportunity to these kids to perform on a bigger stage.”