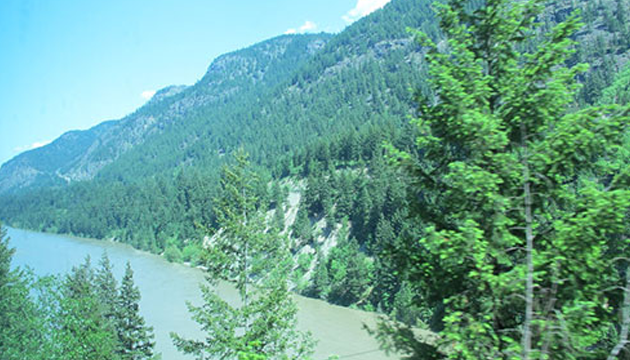 As a proud citizen of Canada, I felt it was my duty to know and see more of my country.

I have already explored my home province of British Columbia. So on May 16th, 2018, I took a Via Rail train trip labelled The Canadian or Le Canadien, which you can board at Vancouver and take all the way to Toronto in Ontario. It has been advertised as a "trip of a lifetime". People from all over the world do this train journey as part of their bucket list. I decided to return from Toronto to Vancouver by The Canadian as well. I was back on June 3, 2018.

Each way was 4,466 kilometres. I did two breaks: a few days in Winnipeg, Manitoba on the way to Toronto. Going back to Vancouver, I hopped off at Saskatoon, Saskatchewan. I chose these cities in provinces I have not touched foot on. I have wandered in Alberta in earlier road trips.

Planning My Trip
Within a year from the date of oath taking, one is entitled to a 50 percent discount on Via Rail train tickets (www.viarail.ca) through the Cultural Access Pass program – see the web site for the Institute for Canadian Citizenship (see www.icc-icc.ca). This is considerable saving – giving me the chance to book for a sleeper class with Via Rail. In the same website is a nation-wide list of places where a Cultural Access Pass is valid.

After watching several Via Rail related train videos on YouTube – I found the most comprehensive one was called Mighty Trains - The Canadian – produced by Discovery Canada (view the full 46-minute version).

At Vancouver’s Public Library, I borrowed an excellent 2016 edition book titled Canada By Train – by Chris Hanus (who was born in the Philippines) and John Shaske.

Watching the video and reading the book, together with the CAP sites information prepared me t0 make my To Do and To Bring lists.

I was like a kid giddy with excitement at being in a train for days.

The departure night finally arrived at the Pacific Central Station. There it was - a sleek long silver line of 24 train cars (including two engines), at 2,382 feet and 1,720 tons! These cars were built in the 1950s refurbished in 2010 but still retain their stainless steel exterior.

Although I was going to Winnipeg and later Toronto, the destination for me was the train itself – the adventure begins the second you board The Canadian. A 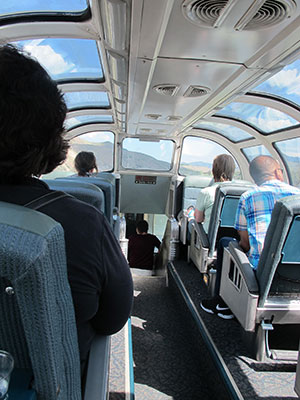 very helpful Via Rail attendant led me to my two-person bunk-bed style cabin. There was even a mint chocolate square on the duvet just like in a hotel. What I like about my two-person cabin is the space and the level of the wide window. I slept and woke up to the passing panorama. There were nights when I would just look out for an hour or so until I doze off. Mornings would always be a surprise as to where we were.

The half-a-mile long train had a Glass Dome, a level up the lounge car, where you can enjoy a 360o view of passing Canada day and night. If you are at sleeper class, you get to have breakfast, lunch, dinner and drinks in the dining car with white linens, china and a menu selection that everyone was effusive about. In economy class, there is a good selection of meals and beverages as well.

Also in sleeper class is a shared shower for every train with fresh towel and toiletry kits provided. I get to sleep clean every night.

As the train coursed through British Columbia, we hugged the mighty Fraser and Thomson Rivers. Hours later, the snow-capped Rockies appeared as we entered Jasper, Alberta. Then rolling hills, grazing lands and farms on the provinces Alberta and Saskatchewan before hitting a flatter Manitoba.

As a proud citizen of Canada, I felt it was my duty to know and see more of my country. I have already explored my home province of British Columbia. So on May 16th, 2018, I took a Via Rail train trip labelled The Canadian or Le Canadien, which you can board at Vancouver and take all the way to Toronto in Ontario. It has been advertised as a "trip of a lifetime". People from all over the world do this train journey as part of their bucket list. I decided to return from Toronto to Vancouver by The Canadian as well. I was back on June 3, 2018. Each way was 4,466 kilometres. I did two breaks: a few days in Winnipeg, Manitoba on the way to Toronto. Going back to Vancouver, I hopped off at Saskatoon, Saskatchewan. I chose these cities in provinces I have not touched foot on. I have wandered in Alberta in earlier road trips.

Winnipeg in "Friendly Manitoba"
Two nights and a day later, we rolled into the center of Winnipeg Manitoba where the historic train station still welcomes passengers – just like me. Any 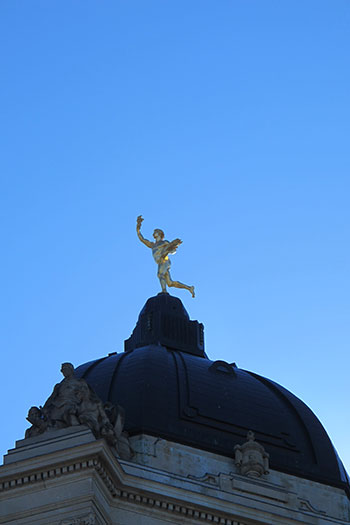 major Prairie city has to be located right along the banks of a major river. Before the age of carbon fuels – the main means of transport was by a canoe or boat. Winnipeg sits at the confluence of the Assiniboine River and the Red River known as The Forks. At the train station’s doorstep, The Forks Market (www.theforks.com) are two adjacent buildings used as horse stables circa 1900s. With a shared covered courtyard, the structures have been converted to trendy shops and a food court.

Winnipeg, from the Cree name for “murky water” (the rivers are indeed murky) is the capital and largest city of Manitoba. After English, the Filipino language is the most-spoken language in Manitoba. From the Forks of the Canadian Museum For Human Rights – walk along the Provencher Bridge over the Red River to Winnipeg’s French Quarter Old St. Boniface – I did not find it too French –although Winnipeg is considered the most French-English bilingual city west of Quebec. The trails on both sides of the Red River are pleasant and leafy. Winnipeg is a very North American city, architecture wise – both buildings and houses. I was told I should look up for the Golden Boy. There he was atop the dome of the Manitoba legislative building. Bronze gilded in gold and at 5.25 m (17.2 ft) tall, the Golden Boy (official name is Eternal Youth) is a symbol of Manitoba’s pursuit of a more prosperous future. To encounter the locals who were definitely friendly, I took local bus transits. Portage Street is one of the city’s main commercial areas. If you want to see Old Winnipeg, visit the Exchange District where there are blocks of heritage edifices.

I learned of Sir Hugh John Macdonald, Manitoba’s Premier in the 1900s, in his restored home now The Dalnavert Museum (www.friendsofdalnavert.ca). Built in 1895, the Queen Anne Revival house shows what it was like to have money during that time. Ask the guide to point out the special door knobs made for the maids and why.

The largest collection of Inuit Modern Art is in the Winnipeg Art Gallery or WAG (www.wag.ca) – an arrowhead shaped building that spears the heart of downtown Winnipeg. The Penthouse Level 4 is the rooftop with an open-air sculpture garden.

However, Winnipeg’s crown jewel is the Canadian Museum for Human Rights (see online: www.humanrights.ca). The architecture is arresting - looking like a colossal cinnamon bun with a toothpick in the centre. It was inspired by Canada’s majestic landscapes. Expansive and basking in natural light with all those glass walls, the museum is family-friendly with highly informative and interactive exhibitions on human rights in Canada and around the world. The Canadian Museum for Human Rights is a must-see in Winnipeg. The walk up to the Tower of Hope (the toothpick) was nerve-wracking with a rewarding almost-360o view.

If you want to see Old Winnipeg, with North America’s largest and best-preserved collection of heritage buildings, go to The Exchange District which was the original beehive of agricultural exchanges in commerce way back in the early 1900s.

There is also the Royal Canadian Mint plant with the other one in Ottawa. However, I did not get a chance to visit the Winnipeg plant because of time - the location was far from downtown Winnipeg.

Food
Winnipeg is the Slurpee Capital of the World – more 7-Eleven Slurpees drank per capita. When I was there on warm May days, I did not see anyone gulping the icy beverage.

At The Forks, try Skinner's, the oldest hot dog vendor in Manitoba since 1929.

I was told the local dishes to try are pickerel fish and buffalo burgers – but both were not easy to find.

If you want comfort food, breakfast, lunch or dinner, with a Prairie touch, go to any of Stella’s Café and Bakery (see www.stellas.ca). Good taste, good price, good amount – you will not go wrong.

The best surprise was Oh Doughnuts (see www.ohdoughnuts.com) which has the unique ube doughnuts – filled and topped with ube cream. Ube is the Filipino term for the purple yam. I had two in one sitting!

Back To The Canadian
I re-boarded Via Rail from Winnipeg to Toronto – to repeat the delightful experiences I had two days ago.

Note: When traveling on Via Rail: 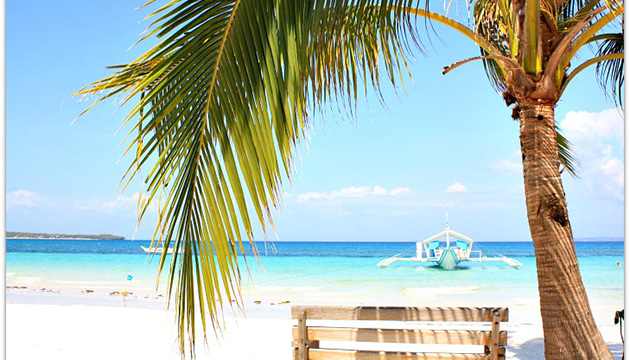 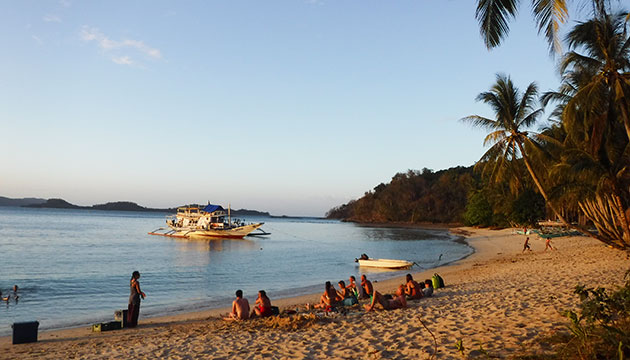 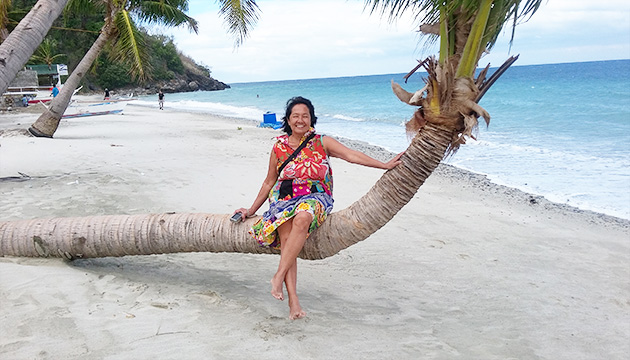 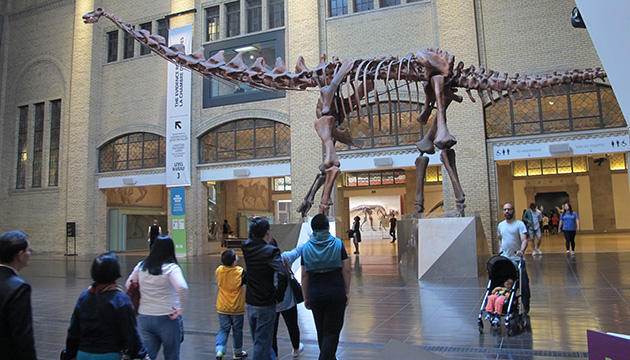