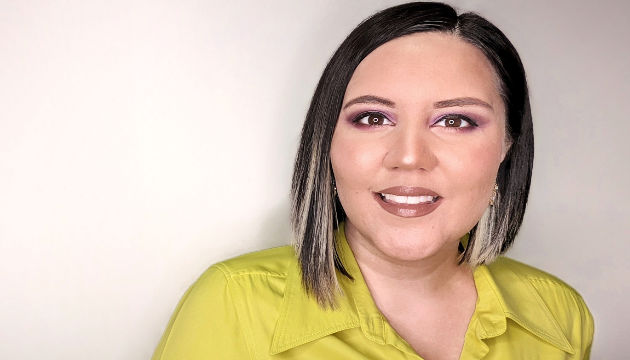 The piece was written by contributor Joseph Planta, who featured Jason Pires of CTV, Michelle Eliot of CBC, and Ria Renouf of News 1130.

Renouf has a new project.

Also called The Anchor, the publication is dedicated to all things happening in the New Westminster, a city in the Greater Vancouver region.

Here’s what she wrote online on May 4, 2022 about her latest adventure:

“In 2017, I moved to New Westminster for love, because it is where my partner lived. What I didn’t realize was going to happen, however, is how much I would fall in love with this city.

“My name is Ria Renouf, and I am the Managing Editor of New West Anchor. I live downtown – not far from Columbia Street, and along the Agnes Greenway. I was born in Ontario, and spent most of my childhood and post-secondary years in Burnaby. I also spent time in the Philippines, which I consider my second home, but the Royal City is my first.

“I’ve learned a lot playing in the sandboxes of major market radio and television for almost a decade, honing my craft at places like Global News 980/CKNW and CityNews 1130. But my ultimate dream was to be a reporter for a newspaper. When I ended up in BCIT’s Broadcasting and Online Journalism program in 2013, I wanted to intern at a newspaper or hyperlocal magazine. I was told by many in the industry not to hold my breath, as those mediums were “dying.” Turns out they were wrong.

“The Anchor is first and foremost meant to serve our neighbourhoods, and we are here to dive into the stories that make New Westminster tick. Whether you’re in Queensborough or Quayside, Uptown or Downtown, the West End or Sapperton, we cannot do this alone. We can’t wait to hear more about what you’d like to see from us, and that’s why I hope you’ll drop a line at This email address is being protected from spambots. You need JavaScript enabled to view it. if there’s a story you’d like us to dig into!

“We’re also here to have fun, and I’m certain there will be spirited discussions over which New West businesses give the best haircuts or make the best donuts. (I can’t choose between Yum! and Donuteria, help me out, New West!)

“Subscribing means getting a newsletter twice a week, right to your inbox – and it’s free! We’ll curate the content so you know in five minutes what’s happening in the city. You’ll also be able to find us on all the major social media platforms:

“Finally, I’m always up for a good chat, and it would be an honour to speak with you. Feel free to drop us a line at This email address is being protected from spambots. You need JavaScript enabled to view it., or if you prefer social media – find me on Twitter, Instagram, and TikTok. I'm keen to learn more about this community – and I seem to be uncovering hidden gems nearly every day.

It’s a dream come true to run the Anchor, and I am so proud of my city. Thank you for the smiles, New Westminster – and for continuously proving that New West really is the best.”

The New West Anchor is a brand of the Overstory Media Group.

“Say ‘hello!’ to the newest member of the Overstory community: New West Anchor. New Westminister (“New West”) is a growing city that has seen a 16% surge in population in the last few years. However, it's often overlooked and grouped in with its larger neighbours: Vancouver, Burnaby, and Surrey.

‍“With a rich, untold history and thriving community, New West Anchor aims to be the community’s first locally-dedicated publication and inspire its residents to explore locally, showing them that they belong in New West. At the helm is a fellow “New Westie” - Ria Renouf. Ria has played in the sandboxes of major market radio and television for almost a decade, honing her craft at places like Global News 980/CKNW and CityNews 1130 with a dream of being a journalist at a newspaper.

‍“She was inspired to create New West Anchor with Overstory from her own experience. Ria shares that when she had just moved to the city, she found herself wanting and missing a local resource to be her guide to the community. Her goal is for New West Anchor to reflect its namesake and be the ‘anchor’ for the community sharing the stories, creating experiences, and connecting with the people who live, work, and play in New West.”