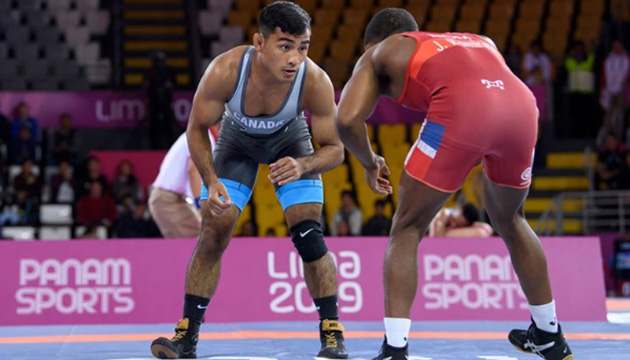 Tokyo hosts the 2020 Summer Olympics, and one Canadian Filipino athlete has set his eyes on the international event.

For Darthe Capellan, a member of Canada’s wrestling team, the Olympics represents a peak in his sporting life.

Capellan is the 2018 and 2019 Canadian champion in the 57-kilogram weight class.

On August 9 this year, the third day of the wrestling competition in the Pan American Games hosted by Lima, Peru, Capellan won bronze after defeating Colombia’s Oscar Tigreros.

“This medal basically just shows that my hard work and training all year has paid off,” Capellan said in a report by Wrestling Canada Lutte. [Lutte is a French word meaning ‘fight’ or ‘struggle’, and it is used to refer to wrestling].

Earlier in February this year, the Davao City, Philippines-born Capellan picked up a bronze at the Cerro Pelado International wrestling event held in Cuba. The wrestling association noted that he was the only wrestler not from Cuba or the U.S. to win a medal at the tournament.

The website of the Canadian Olympic team includes a profile for Capellan, who was born on April 27, 1996.

Capellan is based in the city of Surrey in British Columbia.

His biography states that he won a bronze in the 61-kilogram class at the 2017 Jeux de la Francophonie.

In the 2016 Pan American championships, Capellan captured gold in the 57-kilogram class.

Capellan started wrestling at the age of 12.

Capellan’s father Darly is a financial advisor. In a social media post following the wrestler’s bronze medal victory in Lima, Darly Capellan wrote: “We will never stop thanking God and honour Him for His invisible and silent presence in his and all our lives!”