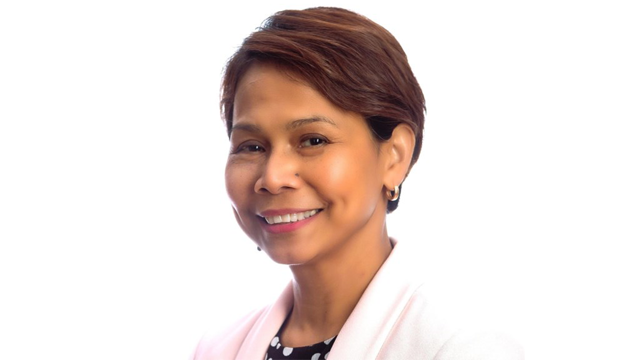 On November 16, 2022, Liberal Member of Parliament Salma Zahid rose on the floor of the House of Commons to pay tribute to a “pillar of Toronto’s Filipino community and a friend”.

The Scarborough Centre MP was referring to Paulina Jocelyn Toribio Balisi Corpuz, who passed away on November 6 at the age of 59.

“A proud Filipina, Paulina fought to bring recognition to her community and its many accomplishments in Canada,” Zahid told her colleagues.

“I’ve seen first-hand how much this recognition means to the community, and it all started with her.

“For Paulina, the goal was always to inspire the younger generation to get involved in public life and public service. She was undeniably successful in this goal, and her legacy will live on,” Zahid stated.

Corpuz is remembered by many for one of the legacies she left behind, which was the declaration by the House of Commons in 2018 of June as Filipino Heritage Month in Canada, a yearly event that recognizes the contributions of Filipinos in their adopted country.

Born on June 22, 1963 in the Philippine province of Isabela, Corpuz led an accomplished life.

As her daughter Belinda put it on social media, her mother was a social justice advocate, activist, workers’ champion, published author, wife, aunt, and sister.

Corpuz obtained a psychology degree from the University of the Philippines, where she was known simply as Joyce, and worked in various non-profit organizations. She came to Canada to unite with her husband Ben in 1993.

She was known for championing and advancing various community causes, from arts and culture, education, workers’ rights and politics:

In the Philippines, her first job was being a pioneer and coordinator in the workers’ cooperative union of San Miguel Corporation.

She then became a project evaluator for the Luzon Social Action Centre, an institution founded by the Catholic Bishops Conference of the Philippines, whose main function was to help the poor and provide aid during calamities.

In Canada, she joined the Canadian Cancer Society, starting as a volunteer, and eventually working as an administrative assistant. She eventually became the group’s systems project coordinator.

Corpuz was president and co-founder of Philippine Advancement Through Arts and Culture (PATAC) that funded cultural initiatives benefiting Filipinos, particularly the youth in both Canada and the Philippines. She also co-hosted TV Migrante Canada, a program that focuse on local and Philippine national issues, and is accessible to viewers across Canada and beyond.

Her community advocacy included her work with the Filipinos Workers Network, and supporting the Children’s Rehabilitation Centre (Philippines). She was a member of the Philippine Independence Day Council’s council of leaders, and Women’s Diversity in the Canadian Multicultural Centre of Asians in Ontario, and the president of the Filipino Canadian Parents Association in Catholic Education.

Her many awards include the Canadian Multicultural Council – Asians in Ontario, the University of the Philippines Alumni Association in Toronto for her more than 30 years of community service and her work in the declaration of June as Filipino Heritage Month, the 2018 Golden Balangay Award, and the Quincentennial Award from Sentro Rizal of the Philippine Consulate General in Toronto.

Corpuz was fond of poetry. Her love for writing and prose is evident in her published poetry. Together with her loving husband, Ben, she published a book of poems called Pagsinta, which celebrates their 30th wedding anniversary.

On November 17, 2022, Liberal MP Rechie Valdez, who was the first Filipino woman MP in Canada, rose in the House of Commons to pay tribute to Corpuz.

“Paulina was an inspiration to all of us, leaving a legacy behind her in the community. Paulina was a devoted wife to Ben and loving mother to Belinda, Isabella and Benson,” Valdez said.

Dr. Rey Pagtakhan, who was the first Canadian Filipino MP and federal cabinet minister, has this to say about Corpuz: “I will always remember Paulina for her motto inscribed in all her e-mail communications,  ‘Success comes to those who persevere’. It reflects her life well lived.”

“Indeed, our community lost in her passing a scholar of humanity, a crown jewel of social justice. We take comfort that in living amongst us she shared a full measure of herself," Pagtakhan noted.