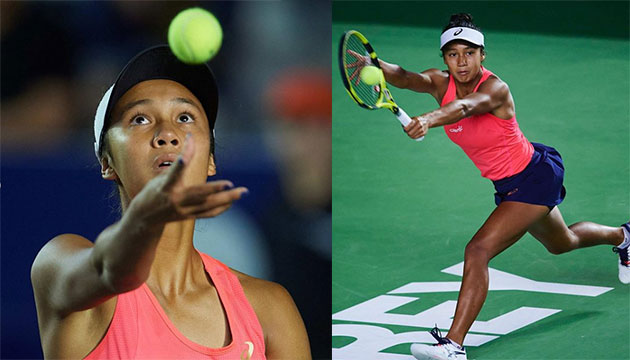 Canada advances to next year's qualifiers, where a win would secure a place in the 2022 Billie Jean King Cup Finals.

Canadian Filipino and World No. 72 seeded tennis pro Leylah Annie Fernandez leads Canada in its bid for the Billie Jean King Cup against host Serbia on April 16 and 17.

Vancouver’s Rebeca Marino and Toronto's Sharon Fichman and Carol Zhao join Fernandez this time around as Canada’s top singles players Bianca Andreescu and Eugenie Bouchard are unable to join. Andreescu suffered a foot injury from playing in the recent Miami Open while Bouchard has not played since mid-March.

It has not been an easy ride for Fernandez this year. While she won her first Women’s Tennis Association (WTA) at the Monterrey Open in March, the 18-year-old got eliminated at the Miami Open in late March and the Volvo Car Open on April 7.

In the Cup’s tournament, Team Canada will be facing Serbia’s Nina Stojanovic who is ranked World No. 85.

In an interview with the International Tennis Federation, Fernandez relates how she constantly studies other athletes and coaches to find an edge she can use to her advantage. Speaking of soccer team Manchester City, the teenager says, “I can see how much they open up the field and how much they try to pick holes and work it. When I put that together with tennis, I am an offensive player, I am trying to find the holes on the court, open it up and hit winners where I can.”

Winners of the April 17 and 17 tournaments will progress to the 2022 Qualifiers. The games will be among the first to be played since the competition was rebranded from the Fed Cup to Billie Jean Cup.

Fernandez finds inspiration from tennis great Billie Jean King and Canada’s participation in the upcoming tournament is one that Fernandez will treasure. “Billie Jean King did a lot for the sport and especially for women’s tennis,” the teenage tennis star adds. “I am sure she is very honoured to have the tournament named after her and I am very honoured to be able to participate in it.”

In 2020, Tennis Canada awarded Fernandez its 2020 Excellence Awards’ Female Player of the Year.

Canadian Filipino Net (CFNet) has been following Fernandez’ young career since 2019 when she became the first Canadian to win the French Open junior singles title at the Roland-Garros clay courts in Paris at age 16.