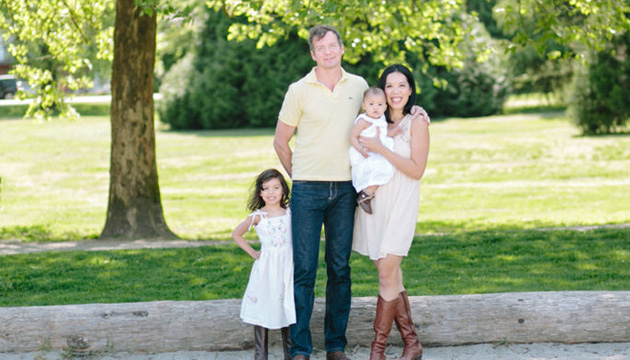 A medical researcher is taking on a cancer that she was treated for with what she does best: research.

Mary De Vera, an assistant professor in the faculty of pharmaceutical sciences at the University of British Columbia (UBC), has launched two major research efforts on colorectal cancer.

De Vera’s project is seen as a rare case in the medical world, with someone conducting research on the same illness that the person has gone through treatment.

“I’ve built a career out of asking patients what matters, and what it’s like to be a patient,” De Vera said in a UBC media release. “I would be a bit of hypocrite if I didn’t take my own patient experience and share it, and let that inform and guide the research that I do.”

According to the media release, the Philippine-born and Prince Rupert, B.C.-raised researcher put together a team of experts in epidemiology, health economics, cancer and surgery, and secured a $459,000 grant from the Canadian Institutes of Health Research in early 2018.

The release noted that the team will determine whether De Vera’s diagnosis is part of a demographic shift in colorectal cancer, which typically affects older people.

A report by the Globe and Mail stated that De Vera is also managing an international online survey to better understand the information needs of patients and survivors of colorectal cancer. The project is funded by the Canadian Centre for Applied Research in Cancer Control.

UBC’s media release told the journey of De Vera, who has researched asthma, arthritis, and pregnancy.

The release recalled that on March 29, 2016, she was diagnosed with Stage 3 colorectal cancer.

“The news was bad, and so was the timing. De Vera had two young girls—a newborn and a three-year-old,” according to UBC. “She had just returned from maternity leave with big plans to publish her arthritis research. Instead, she faced a year of cancer treatment that was every bit as trying as doctors warned her it would be.”

The media release also related that De Vera “endured five weeks of radiation, two surgeries, several complications, and a procedure called an ileostomy that for 10 months diverted her small intestine to an opening in her abdominal wall”.

“Her eight cycles of chemo began every second Monday, and the nausea would last two weeks. De Vera’s only relief came on the weekends right before she had to return to BC Cancer and do it all over again.”

According to the media release, De Vera had started a blog, which led her to Instagram and a community of patients going through similar ordeals and running into the same unanswered questions she had.

“I have a mountain of brochures at home, but the patients don’t look like me. They’re much older,” De Vera said. “Colorectal cancer is historically thought of as striking in older people. The questions I was asking—about fertility, or how you explain having cancer to a three-year-old—those answers just weren’t available.”

Last year, a UBC media release in 2018 noted that De Vera was profiled as a Woman Leader in Science, Technology, Engineering and Mathematics (STEM) by the Government of Canada in the 2018 federal budget.

De Vera holds a degree in biochemistry at UBC, and master’s and doctorate degrees in health care and epidemiology from the UBC School of Population and Public Health.

“Dr. De Vera is an expert in patient outcomes studies, particularly in arthritis,” according to the 2018 media release. “She is also an expert in population studies using administrative databases, with cross-Canada experiences in British Columbia (Population Data BC, formerly BC Linked Health Database) and Quebec (Régie de l'assurance maladie du Québec).”

B.C. researcher Mary De Vera takes on the cancer she was treated for

Medical researcher Mary De Vera says colorectal cancer picked a fight with her, leading to a grueling year of treatment that included surgery and radiation therapy.

Now it’s her turn to take on colorectal cancer.

“I am picking a fight back in the best way I know how, which is research,” said the 39-year-old assistant pharmaceutical sciences professor at the University of British Columbia.

Before cancer, Dr. De Vera’s researched such areas as arthritis medications during pregnancy and asthma medication adherence. Although still working in those areas, her major focus is now the cancer that afflicted her.

Dr. De Vera’s cancer journey began with bleeding in her bowel movements in late 2015 after she had returned to work from maternity leave following the birth of her second child.

It took four visits to doctors between March and May, 2016 for her to believe that she actually had cancer. “I was in such denial in the beginning.”

Dr. De Vera has now launched two major colorectal cancer research efforts. Her engagement marks a relatively rare case in the medical world of someone who has gone through treatment for an illness conducting research on that same illness. “I thought there was an opportunity to do something about a disease that had affected me so personally,” she said.

With a $458,000 grant from the Canadian Institutes of Health Research, Dr. De Vera is leading a team assessing statistics and other “big data” information to see when colorectal cancer patients are diagnosed, gender distribution, types of treatment and outcomes and costs to the health-care system, as well as follow-up encounters with the health-care system. This research will last four years, involving a cross-country team with nine people – oncologists, a surgeon and health economists.

She is also managing an international online survey funded by the Canadian Centre for Applied Research in Cancer Control to better understand the information needs of patients and survivors of colorectal cancer. Most respondents, so far, are from Britain and the United States, and Dr. De Vera is hoping Canadians will offer their views. It was launched Nov. 15 and runs until March. Just before Christmas, there were 428 respondents. She is hoping for over 1,000.

Kerry Bowman, a University of Toronto bioethicist, said he has seen medical personnel take on a clinical interest in illnesses that have affected their families but only rarely research their own illness.

There is, he said, a risk of blind spots in research, and emotional reactions that could affect conclusions. “If someone has been through difficult cancer, that’s quite an emotional experience and it may be very hard to detach from that. They may have more insight into [the illness] and therefore may be motivated, but I think this comes down to personal judgment.”

Dr. De Vera was mindful of the issue. “It’s something that I actually grappled with making the decision to research my own disease," she said.

She did research on whether it was possible for doctors and scientists to objectively study a disease they have had and also consulted with colleagues.

“The biggest advice I have been getting is, ‘Stay the scientist,’ ” she said. “I always put my scientist’s hat on.”

Jonathan Loree, a medical oncologist at BC Cancer – a wing of British Columbia’s Provincial Health Services Authority that manages cancer programs – is working with Dr. De Vera, and considers her approach balanced. “She’s able to combine the [cancer] experience she had with scientific rigour, and a desire to make things better.”

He said her experience is unique because she was a relatively young person with colorectal cancer, diagnosed at age 36, which is younger than the more average diagnosis in the 50s.

“These people have a different journey they go through,” he said. “It gets us thinking about how we should tailor information needs for patients who are younger, and do they have different questions.” He refers to such issues as fertility, which is of interest to younger patients.

As Dr. De Vera noted, the more common age for colorectal cancer is 50 and older. “It’s thought of as an older person’s disease,” she said.

When she had cancer, she decided, based on advice from a colleague, that her job was to be the best possible patient, and beat the disease.

“Every time I went to an appointment, I would dress up. I would be the prettiest person in the waiting room,” she said. "I had an outfit. I had red lipstick on. I really did treat this as my job.”

It’s that mentality that got her through the ordeal and that she’ll be bringing to her new calling.

“I had prayed for it,” she said of being cured, “and hoped for it and it was my job so I was really hoping that I did my job well.”

Dr. Mary De Vera, assistant professor in the Faculty of Pharmaceutical Sciences at the University of British Columbia (UBC), is profiled as a Woman Leader in Science, Technology, Engineering and Mathematics (STEM) by the Government of Canada in their 2018 budget, released yesterday.

Dr. Mary De Vera holds a BSc degree in biochemistry at UBC and MSc and PhD degrees in health care and epidemiology from the UBC School of Population and Public Health. She also completed post-doctoral fellowships at the University of Montreal's Faculty of Pharmaceutical Sciences and UBC's Faculty of Pharmaceutical Sciences. Dr. De Vera is an expert in patient outcomes studies, particularly in arthritis. She is also an expert in population studies using administrative databases, with cross-Canada experiences in British Columbia (Population Data BC, formerly BC Linked Health Database) and Quebec (Régie de l'assurance maladie du Québec).

“My career in STEM continues to be an extremely rewarding experience. My passion for the work that I do is driven by the fact that my research is having a positive impact on people’s lives.”

The Government of Canada has published numerous resources online to help inspire Canadian women to pursue a career in STEM.