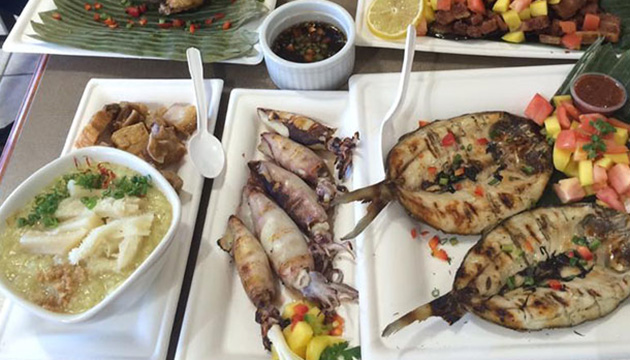 According to insauga.com, an online publication in Mississauga, one cuisine has taken the city “by storm”.

“While no stranger to culinary diversity, the city has been welcoming more Filipino joints than ever before,” insauga.com reported in 2016. “Filipino food, if prepared correctly, is exceptionally flavo[u]rful and delicious. Thankfully, these restaurateurs know how to do their homeland justice in the kitchen.”

Insauga.com listed these four Filipino restaurants that have opened up in just over a year in Mississauga as its best choices.

Berto’s Cuisine is a quaint, family run Filipino restaurant, according to insauga.com. ‘Berto’ is the shortened version of ‘Edilberto’, chosen as the name of the restaurant because it was the only name out of the six restaurant partners that was the most Filipino sounding, said Oswald Morales Martel, the executive chef and a co-owner. Martel noted that his name is an old English name and doesn’t have the same ring as Berto’s.

B’s Sizzling Kitchen is an independent restaurant hidden on a commercial side street near Pearson International Airport, insauaga.com reported. The online publication noted that it is a gem of a find. The eatery specializes in Filipino fusion cuisine, blending traditional Filipino dishes with North American and Asian flavours. Insauga.com reported that it’s something like California Filipino fusion food truck meeting a quaint Filipino karaoke bar.

Carinderia specializes in authentic Filipino cuisine, a concept created by owner and local resident Dolly Flores, according to insauga.com. It noted that a carinderia is an eatery that sells native home-cooked meals. The restaurant also serves native Filipino sweet delicacies.The restaurant also has halo-halo, a popular Filipino frozen treat that is made from scratch by Flores’ team of chefs who have worked in kitchens in Israel and California.

Lola’s Foodhaus is a Filipino-fusion restaurant serving breakfast, lunch and dinner. According to insagua.com, it also offers weekend karaoke and DJ nights. Lola's is located in a busy plaza.