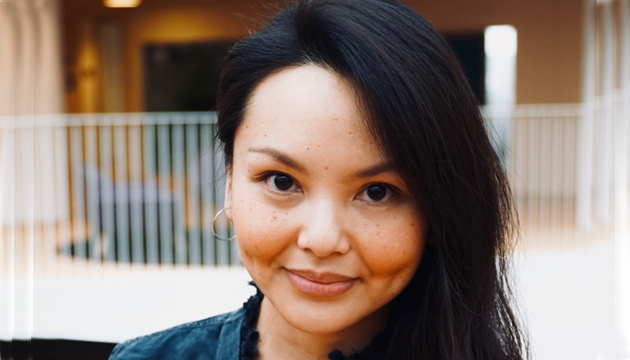 Canadian Filipino poet Shirley Camia releases a new collection of poetry titled Mercy in the month of May, a timely homage to her late mother. This is Camia’s fourth collection which chronicles her journey through grief and bereavement.

“My mother died at the start of 2016, and a few months after her death, I woke up and felt compelled to write,” Camia shares with Canadian Filipino Net (CFNet). “So I picked up a pen and paper and all of a sudden, I had a poem. The next day, it happened again. And again and again. Until I had approximately 50 poems, and the beginning of a new collection.”

An only child, her parents’ illnesses made a deep impression on Camia. Her third book, Children Shouldn’t Use Knives, is a dark examination of pre-adolescent life and draws from that difficult period when both parents frequented the hospital. In an earlier interview with CFNet, Camia shared, “…because of what I was going through, I viewed life through a dark lens.”

“I did not anticipate my mother's death. It was my father who was in and out of the hospital first, with various illnesses that threatened his life,” Camia tells CFNet about writing Mercy.“Then, during that time, my mother's health declined quite rapidly. She too had to stay in hospital for stints that got longer and longer, until finally, she never made it back home.”

In the poem “Feeding the Wolves” from Mercy, Camia asks:

how did this happen

did i do enough

did i do it right

where will i go

when did i get so old

Canadian poet laureate Di Brandt says of Mercy, “Here is an earth song, a death song, a grief song, sung with such gentleness and clarity that every detail, every remembered joy, every terrible moment of surrender, is lit up, vibrant, luminous.”

Mercy’s book launching is on May 9, 7 p.m. at the McNally Robinson Booksellers, 1120 Grant Avenue in Winnipeg, Manitoba.

Camia embarks on a series of poetry readings across Canada and the U.S. in May:

Mercy is available for purchase on www.amazon.com and www.turnstonepress.com.