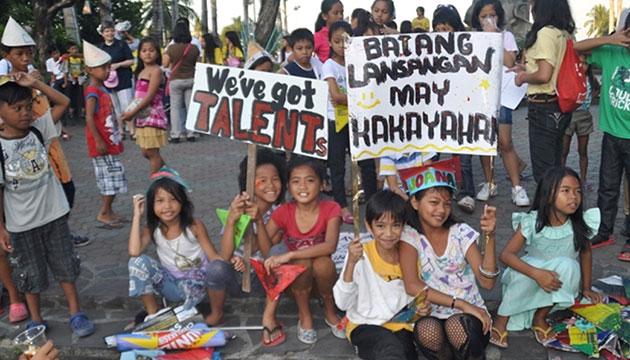 January 16, 2020 - The Embassy of Canada in the Philippines recently awarded the Canada Fund for Local Initiatives (CFLI) to 11 local groups to implement projects that further inclusivity and accountable governance, including promoting human rights, women’s empowerment, gender equality, and respect for diversity.

In a media release, the Embassy’s Chargé d’affairesCrista McInnisnoted that “advancing inclusive governance is a strategic priority for Canada in the Philippines.” She added, that the Embassy is “partnering with civil society organizations in addressing barriers that prevent marginalized groups from realizing their full potential and participating in the development and prosperity of their families and communities.”

The projects receiving Canada Fund grants this year are:

Active Citizenship Foundation’s Safe Campuses Project is promoting safe spaces by establishing safe space desks for women and LGBTQ+ students in five universities across the Philippines. It aims to instill a culture of accountability, respect and acceptance on university campuses.

Pakigdait Alangsa Pag-amomasa Kalinaw is working with six communities in Lanao del Norte to sustain peace and prevent violent extremism by organizing community dialogues with Bangsamoro women and youth. The dialogues will result in the development of a common agenda for Bangsamoro peoples living outside the Bangsamoro Autonomous Region in Muslim Mindanao (BARMM) to be communicated to political leaders inside and outside the BARMM.

League of Cities of the Philippines is establishing evidence-based mechanisms for its 145 member cities to share best practices for implementing gender and development (GAD) policies. The project will research examples of best policies and gather relevant statistics for publication in a database and guidebook for municipal leaders, allowing cities to ensure maximum effectiveness of the existing GAD Focal Point System (GFPS).

The University of the Philippines Center for Women’s and Gender Studies will continue with Phase 2 of its AngatBayi Women’s Political Empowerment Program. This phase builds on the previous partnership with Canada Fund by supporting and expanding a network of Filipino women political leaders committed to advancing feminist, rights-based, democratic governance. It will also identify and nurture the next generation of women leaders by focussing on young leaders in several communities across the Philippines.

Foundation for the Advancement of Clinical Epidemiology’s Technological Intervention to Protect Teenagers Against Early Unintended At Risk Pregnancies and Sexually Transmitted Illnesses in the Philippines (PROTECT) is in its second year of developing an innovative chat robot on Facebook Messenger. It will provide effective knowledge about contraception and safe sexual practices to young Filipinos and link them to adolescent information and service providers.

Bahay Tuluyan continued its work to empower marginalized youth by building their capacity to protect themselves from abuse and exploitation. The project also aims to improve the capabilities of social workers and other stakeholders to enhance its engagement with government agencies responsible for youth welfare.

SimbahangLingkod ng Bayan is continuing its work on a nation-wide project that aims to increase active and more meaningful political engagement of community-based and civil society organizations, parishes and schools by conducting political and civic education and advocacy campaigning and building local support networks.

Government Watch (G-Watch) will continue to train and mobilize officials of the Sangguniang Kabataan (local youth councils) to effectively monitor anti-poverty programs in their respective barangays to enhance transparency, participation and accountability and improve outcomes for beneficiaries.

The CFLI provides modest funding for small-scale, high-impact projects in more than 120 countries eligible for official development assistance (ODA). It has an annual programming budget of $16.3 million, funding approximately 600 annually. Projects are planned and implemented by local organizations, and are selected and approved by the relevant Canadian Embassy or High Commission.