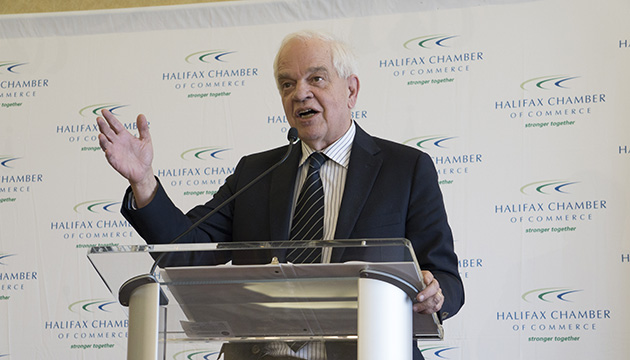 Eleanor Guerrero Campbell: First, tell us more about the Prime Minister’s ‘Mandate Letters’ to his Ministers. Are they merely a repetition of the election platform?

EGC: What does the Prime Minister say in his Mandate Letter to the Minister of Immigration, Refugees and Citizenship (IRC), Honourable John McCallum, about fulfilling the election promises?

RDP: The Prime Minister acknowledges the election promises in his mandate letter to Minister McCallum:

“Canadians expect us to fulfill our commitments, and it is my expectation that you will do your part in delivering on those promises to Canadians.”

EGC: Could we then expect that the Liberals’ specific commitments in their election platform are fully mirrored in the IRC Minister’s mandate letter?(Readers may wish to refresh their recollection of the litany of commitments in Part I.)

RDP: All commitments, except for the one on remittances, have been re-affirmed in the Minister’s mandate letter. Yes, we have identified a potential failure on one specific commitment. I say ‘potential’ because I am yet waiting for a reply on my request for a progress report directly from the Minister’s office and I am yet to exhaust my visit to the Canada Gazette for any regulatory alert respecting this particular issue. Also, there is the consideration of timeline within which to expect delivery on all the promises. I make thislatter point because of what the Prime Minister has also underscored in the mandate letter, that is:

“Our platform guides our government.  Over the course of our  four-year mandate, I expect us to deliver on all of our commitments.”

EGC: We will follow-up later on the issue of remittances. Immigrants and newcomers who send money overseas to help their families need protection against gouging remittance fees.

RDP: I agree. Newcomers are easily vulnerable.  Liberals have already acknowledged the gravity of the issue. More so it must be addressed with urgency.

EGC: Meanwhile, what additional importance should we attach to mandate letters beyond being merely the minister’s individualized “marching orders”?

RDP: Mandate letters also state the values and performance measures against which the Minister will be held to account, in the case of Prime Minister Trudeau’s mandate letter to the CIC Minister, he speaks of the following: the need for constructive dialogue and decency, inclusion and professionalism, openness and transparency, and effectiveness and accountability in governance among ministers, and between them and the public servants, ministerial exempt staff, parliamentary colleagues, media, civil society, stakeholders including business, organized labour, and the not-for-profit and charitable sectors, and the broader Canadian public. Last but not least, the mandate letter speaks of the Minister’s duty “to report regularly on the progress toward fulfilling the government’s commitments and do their part to fulfill the government’s commitment to transparent, merit-based appointments, gender parity and to better reflect Indigenous Canadians and minority groups in positions of leadership.”

EGC: That’s good to know. We understand that this was an open mandate letter.Was this the first time mandate letters have been made public in Canada?

Conceivably, public servants could curtail their creativity and be over cautions and altogether afraid to challenge with new evidence government goals that have been published.I do not anticipate such would be the norm since the Prime Minister has clearly emphasized in his ‘marching orders’ to ministers“torely on public servants for advice…to inform their work by performance measurement and evidence… and to engage constructively and thoughtfully with … the public service.”

This new practice augurs well for Canadians and reflects the Prime Minister’s promise to conduct “a more open, transparent and accountable government that is committed to results.” Thus, Canadians would now have a written reference with which to judge the government’s results on their election promises.

EGC: How would you summarize the essence of the Prime Minister’s Mandate Letter to his IRC Minister?

RDP: The essence –which calls for a balancing of the humanitarian, social and economic dimensions of Canada’s immigration policies, laws and regulations – is best captured in the Prime Minister’s closing statements in the Mandate Letter:

“As Minister of Immigration, Refugees and Citizenship, your overarching goal will be to reopen Canada’s doors to welcome those who want to contribute to our country’s success. Canadians are open, accepting, and generous – qualities that should be reflected in Canada’s immigration policies and in our approach to welcoming those seeking refuge from conflict and war.  Our communities are strengthened when we come together to welcome newcomers who want to build a better Canada and to help those in need.”

EGC: How about the Speech from the Throne– what is in it and why the need?  Who writes and delivers it, and to whomand when?How does it relate to the election platform and the mandate letter?

RDP: The Speech from the Throne –  so-called because the Governor General, the Queen’s representative in Canada,  reads it while sitting in the seat in the Senate Chamber reserved for Her Majesty,  to a gathering of Members of the House of Commons and the Senate and the Justices of the Supreme Court of Canada, among others – is required for the opening of every new session of Parliament.

On December 4, 2015 – a month after the new federal Government was sworn into office – His Excellency the Right Honourable David Johnston, the Governor General of Canada, delivered it to open the First Session of the 42nd Parliament. Written by the Government of the day, it “sets out the broad goals and directions of the government and the initiatives it will undertake to accomplish those goals.”

EGC: In what set of goals do we see the interests of Canadian Filipinos and other immigrants addressed?

RDP:  Thefourth set – Diversity Is Canada’s Strength – answers to our interest and aspiration. To quote:

“…the Government’s agenda reflects that Canada’s strength is its diversity.Canadians elected a government to bring us together, not to set us against one another.  Canada is strong because of our differences, not in spite of them.As a country, we are strengthened in many ways: by our shared experiences, by the diversity that inspires both Canada and the world, and by the way that we treat each other.

The Government will make it easier for immigrants to build successful lives in Canada, reunite their families, and contribute to the economic success of all Canadians.In response to a pressing international need, and underscored by Canadians’ desire to help, the Government will welcome 25,000 new Canadians from Syria, to arrive in Canada by the end of February 2016.”

This set of goals, when realized, will re-shape Canada’s immigration policy “as a nation-building tool that is more humane and kinder.”

Next:  The progress made to specific commitments, and implications.