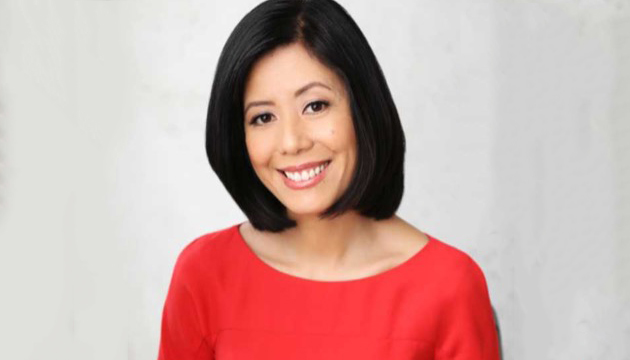 Michelle Eliot was only 12 when her family moved to Canada from Manila.

An impressionable teenager joining her dad in watching news programs shaped what was to become of Eliot. She now hosts BC Today, a daily noon hour call-in show by CBC, engaging callers to discuss top of mind issues in British Columbia.

“My dad influenced me in that he was always interested in watching the news,” Eliot shares in an email interview with Canadian Filipino Net. “I enjoyed watching CBC news, current affairs and documentaries.”

It was at CBC that Eliot started her career, first as an intern 18 years ago after graduating from B.C. Institute of Technology’s Broadcast Journalism diploma program. Eliot worked as associate producer, reporter and guest host on local and national CBC programs like The Early Edition, On the Coast and The 180.

“I chose a career in broadcast journalism because I’ve always loved to write and would say my dad influenced me in that he was always interested in watching the news,” Eliot notes. Her work has been recognized by the Radio Television Digital News Association (RTDNA Canada) and the Jack Webster Foundation, garnering awards for stories she either produced or wrote.

For Canadian Filipino youth looking into a career in broadcast journalism, Eliot refers to the modern world of social media. “I would advise young people who are interested in journalism to make use of the various social media platforms to put your work out there.”

She adds, “I’d also say try to be a well-rounded person with various interests and experiences.”

The province-wide noon hour radio show BC Today promises to engage callers to share their opinions of current issues as well as provide an open platform for virtually any topic that callers may wish to discuss. Eliot observes, “I don’t think we avoid any topics, it’s more about making sure our topics are top of mind for people and that people will be motivated to call and join the conversation.”

BC Today airs Monday to Friday at 12 noon.