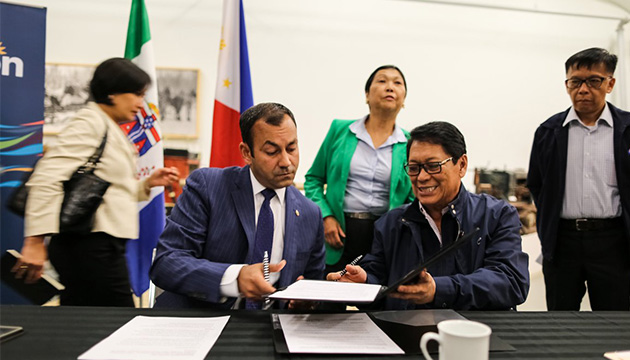 This is according to the Yukon Bureau of Statistics’ summary of figures from the 2016 national Census conducted by Statistics Canada.

In that same count, 3,000 Yukoners identified themselves as a visible minority, accounting for 8.5 percent of the total population.

What many Canadian Filipinos may want to know is that of the visible minorities living in the Yukon, Filipinos comprise the biggest group at 39.7 percent.

Based on numbers cited by the territory, there were 1,190 Filipinos in Yukon in 2016.

Based on a recent development, the Filipino community in this westernmost part of Canada is poised to grow bigger.

On August 28, 2019, the Government of Yukon signed a Letter of Intent with the Republic of the Philippines.

According to an official media release by the territory, the move establishes a “framework to undertake negotiations on immigration programming and pursue cooperation on human resource development between the Philippines and Yukon”.

The media release noted that the negotiations will address a number of areas, including arrangements to match Filipino workers with employment opportunities in Yukon’s labour market under the Yukon Nominee Program.

Also covered are the enhancement of the “system for the recruitment, protection, and placement of Filipino workers to be employed in Yukon”.

There will also be a “public information campaign for the Yukon Nominee Program”.

The letter of intent was signed in the territory’s capital of Whitehorse by Yukon Minister of Economic Development Ranj Pillai and Philippine Secretary of Labor and Employment Silvestre Bello, who was in Canada last month.

“The Yukon and Philippine governments will now work together towards a Memorandum of Understanding for enhancing the recruitment system for Filipino workers in Yukon,” the media release stated.

Yukon’s Pillai thanked Bello for “travelling this long way and seeking deeper cooperation between the Philippines and Yukon”.

“We value the Filipino community and the cultural and economic contributions of its members to the territory,” Pillai said in the media release. “These negotiations will make it easier for Filipinos to come to Yukon while reducing costs and red tape for employers.”

Back in Manila, Bello’s department announced that Yukon will open 2,000 jobs in various industries every year for skilled Filipino workers.