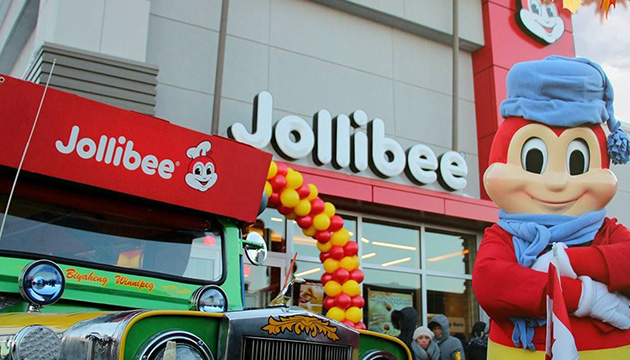 Expect to see more of the iconic Jollibee brand across Canada as the fast-food chain plans to open a hundred stores in the next five years.

The aggressive expansion plan in Canada is part of the Jollibee Foods Corporation’s “goal of becoming one of the top five restaurant brands globally”. This was confirmed by Francesca Lee of Ogilvy, the public relations firm handling Jollibee’s North American sector.

Jollibee currently has three Canadian locations: two in Winnipeg, Manitoba which opened in 2016 and 2017 and one recently opened in Scarborough, Ontario in April of this year (Read: https://canadianfilipino.net/news/487-jollibee-opens-third-canadian-location-in-scarborough-ontario). The Filipino fast-food chain has 37 locations in the United States.

The country has been identified as a key growth market following the franchise’s success in the U.S. and in its three Canadian locations.

Asked whether the urban centres of Toronto, Edmonton and Vancouver would be next on the list of store openings, Lee notes in an interview with Canadian Filipino Net via email, “(We) look at the density of Filipinos in each city (to) give us an idea of how big a store should be and where it should be located.” She adds that Jollibee ensures that each store and its team are ready to meet the demand of its customers.

Jollibee is celebrating its 40thanniversary in 2018.