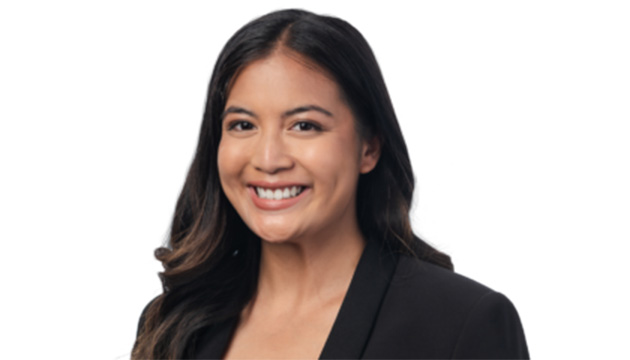 November 16, 2021 – A daughter of immigrants from the Philippines has been elected to the city council of Montreal.

Stephanie Valenzuela won in the November 7 election, becoming the first Canadian Filipino to earn a seat in Montreal city council.

She won in the district of Darlington in the borough of Côte-des-Neiges-Notre-Dame-de-Grâce.

“Born and raised in Côte-des-Neiges, Stephanie is a 1st generation Filipino-Canadian. She began her involvement in her community at an early age. With only a few members of her family in Canada, her parents turned to the Filipino community and volunteering to build a tight-knit network. From joining services such as the yearly flower distribution in the borough of Côte-des-Neiges-Notre-Dame-de-Grâce to offering meals at shelters, Stephanie developed a strong belief in giving back to the community and to those in vulnerable situations.

“A graduate from McGill University in Political Sciences and International Development, Stephanie has focused her efforts on non-profit organizations and community initiatives. In 2014, post-graduation, she volunteered and worked in Monterrey, Mexico for an NGO called “La Paz Comienza Con Los Niños” (Peace Begins with Children). Through her work, she learned and acquired skills in project management, public relations and fundraising. Her experience in Mexico also led her to return to Montreal with a desire to work on local issues and give back to her community. Today, she is part of the Strengthening Families Program team led by the Côte-des-Neiges Black Community Association. She is also the director of Communications for the Filipino Heritage Society of Montreal.

“Stephanie believes that representation is extremely important. Growing up in an ethnically populous borough, she quickly learned that diversity is not a threat, but a strength. Her deep understanding of the needs in her district and her involvement in the community inspired her to embark on this political journey with Ensemble Montreal. She believes that through Ensemble Montreal, with the leadership of Denis Coderre and Lionel Perez, we can bring inclusion, innovation and investments in Côte-des-Neiges-Notre-Dame-de-Grâce.”

Earlier, a media release by the Philippine Embassy in Ottawa related that Valenzuela was introduced to Philippine Ambassador Rodolfo Robles in a virtual meeting on July 7, 2021.

The introduction was made by former Montreal Mayor Denis Coderre, who is the leader of the Ensemble Montreal party.

The release stated: “Valenzuela informed Ambassador Robles of her involvement in a settlement organization in Montreal which assists Filipino and other immigrants to Montreal settle into their adopted community. She was born and educated in Montreal. She speaks fluent Tagalog.”

Moreover, “There are approximately 35,000 Canadians of Filipino heritage who reside in Montreal, many of whom have settled in the district of Darlington.”