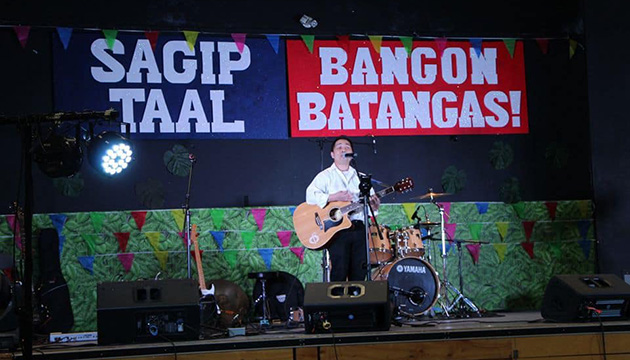 March 16, 2020 - Filipinos in and outside their native country, including Canada, are particularly proud of one of their ancient traditions called bayanihan.

Bayanihan is a Tagalog word about how a community comes and works together to achieve a goal, often to help members needing assistance.

It’s derived from the word ‘bayan’, which literally means ‘town’, and generally evokes a sense of a united people.

As the eruption of Taal Volcano in the Philippine province of Batangas proves, bayanihan is alive and strong among Filipinos in Canada.

It did not take long before Canadian Filipinos responded to the January 12, 2020 eruption of Taal.

The Talisay Association of Manitoba was one of the first organizations that organized fundraising activities.

Three days after the volcano eruption, the association of former residents in the Batangas town of Talisay started receiving donations at the Philippine Canadian Centre of Manitoba in the city of Winnipeg.

“This will be a long-term effort,” PIDC president Ramon Estaris said.

According to Estaris, the latter phase of the group’s effort will be to empower victims of the natural disaster to “rebuild their homes and livelihood”.

The Praise Christian Family Church in Toronto also held a fundraising event on January 18 and 19.

Sison of Philippine Reporter noted that Philippine Consulate in Toronto is encouraging Filipino organizations interested in offering assistance to directly contact nonprofits in the Philippines.

Consul Edwin Mendoza said in a phone interview: “We have received some calls from concerned Filipino organizations and we’ve told them that it’s better to go directly to their local contacts.”

The Lemery Club of Toronto held a tiangge (Tagalog for sale) on January 26. Lemery is one of the towns in Batangas that was affected by the volcano eruption.

Migrante Canada and other chapters of Migrante around the world issued calls for cash donations as part of its Sagip Migrante, a program that responds to calamities in the Philippines. Migrante is an organization dedicated to immigrant and migrant workers’ rights.

No community is too small to help, as was proven by Filipinos in Dawson Creek in British Columbia.

The Dawson Creek Mirror reported that a fundraising dinner was held on January 26, 2020.

Around 350 donors for volcano victims attended the dinner organized by Gregg Apolonio, with the support of Filipino as well as non-Filipino residents.

Local performers and bands entertained the crowd during the event emceed by Jojo Alpuerto and Tisha Newland.

One of the founding members of FCCHS is Mario Hernandez, a native of San Luis town in Batangas.

Hernandez was incidentally on a trip to the Philippines when Taal Volcano erupted. He opened his house for refugees, distributed relief goods, and provided water for residents in the industrial district of Canlubang in the province of Laguna, which was also affected by the disaster.

As of March 8, 2020, the Philippine Institute of Volcanology and Seismology (Phivolcs) has maintained Alert Level 2 for Taal.

Taal also recorded 20 volcanic earthquakes associated with rock fracturing processes beneath and around the edifice.

Alert Level 2 is the second lowest in a five-step alert status by Phivolcs.

Phivolcs reminded the public that sudden explosions, volcanic earthquakes, and ejection of ashfall or volcanic gas may still occur, and affect areas in and near Taal Volcano.