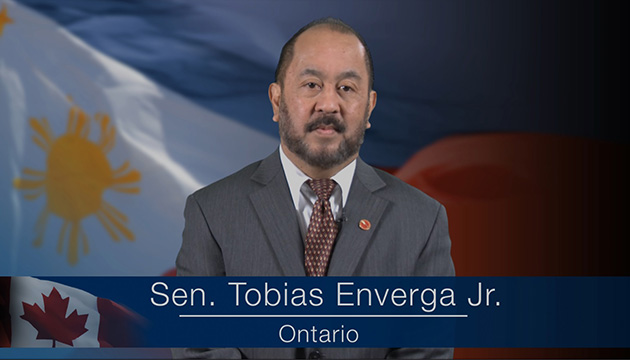 Tobias Enverga Jr., the first Canadian Filipino appointed to the Senate, died on November 16, 2017. He was 61.

The late senator from Ontario was a native of Lucena City in the Philippine province of Quezon. He came to Canada during the 1980s. In 2010, Enverga was elected as a trustee of the Toronto Catholic District Board, becoming the first Canadian Filipino elected to public office in the city. Enverga was appointed to the Senate in 2012 by then Conservative Prime Minister Stephen Harper. Enverga is survived by his wife Rosemer, and children Rystle, Reeza and Rocel.