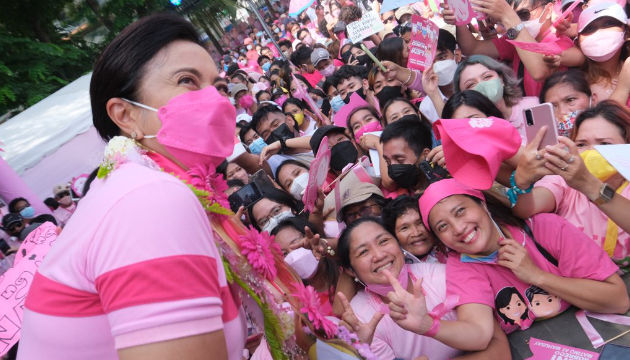 As the campaign period unfolds and reaches its home stretch, it is becoming more apparent that the 2022 Philippine national elections has become more than a fight between Leni Robredo and Bongbong Marcos, Jr.

The candidacy of Vice President Robredo, for reasons that will be matter for further analysis, has elicited a response never before seen in the Philippine partisan electoral contest.

Her supporters have strongly and visibly expressed their support out of their own volition, harnessed their own collective resources and mobilised themselves without relying on the leadership and machinery of their political leaders.

They are campaigning for their candidate inside their household, along their streets, within their communities, organisations, churches, talking one-on-one with whoever they find willing enough to listen on why Robredo should be the next President of the Philippines.

They have set up group chats that reverberate with action, brimming with ideas on how to push the Robredo campaign forward. They dig deep into their pockets and without shame or guilt, solicit resources from both friends and strangers, asking for shirts, tarps, flyers, ballers that carry the name and color of Robredo’s campaign. They have gathered in thousands with only the date and venue coming from the organisers and the rest of what they need, they provide. In fact, they carry with them more than what they need  - water, food, medicine -in order that everyone can share from what they bring.

They compose songs, produce videos, sing on stage, all for free, not asking for anything in return from the candidate they are supporting.

Even celebrities and social media influencers, academic, civil society, and church organisations, out of their own volition, have come out with statements expressing their full support behind Robredo and her Vice Presidential candidate Kiko Pangilinan.

The people who support Robredo’s candidacy are actually the ones running her campaign, and not her or her team.

And while for those who are part of this movement (since it has become that) find all these inspiring and exhilarating, the vanguards of Philippine politics view what is happening with alarm, seeing it as a threat to their very existence and way of being.

The Philippine political life has for decades been tightly ruled by a handful of families and clans. And these families and clans have for decades employed the transactional mode of politics where the electorate are expected to follow what they say, using money or threat and intimidation, as well as tapping into the still highly feudal set up that the clan leader is the one who determines who to vote.

What is making them scared is not just Robredo, but what she has tapped and unleashed from the ordinary Filipino, especially the Filipino youth. The Filipino voter has realized that they can actually run a political campaign on their own, without the leadership and help of their political leaders.

The traditional political families are afraid not of a Robredo victory, but of a victory that comes from a political force and movement launched and driven by the people themselves. They have instinctively recognized that they have to make sure that such a trajectory should be stopped.

It is no wonder that the vanguards of traditional Philippine politics have banded together, aligning themselves behind Marcos, putting all their might and resources to make him win. They simply cannot allow the ordinary people to take over what they have traditionally and tightly controlled.

The outcome of May 9 will determine not just whether Robredo or Marcos will be the next President of the Philippines. The elections will also establish where the power truly belongs.

Citizen engagement against the surveys 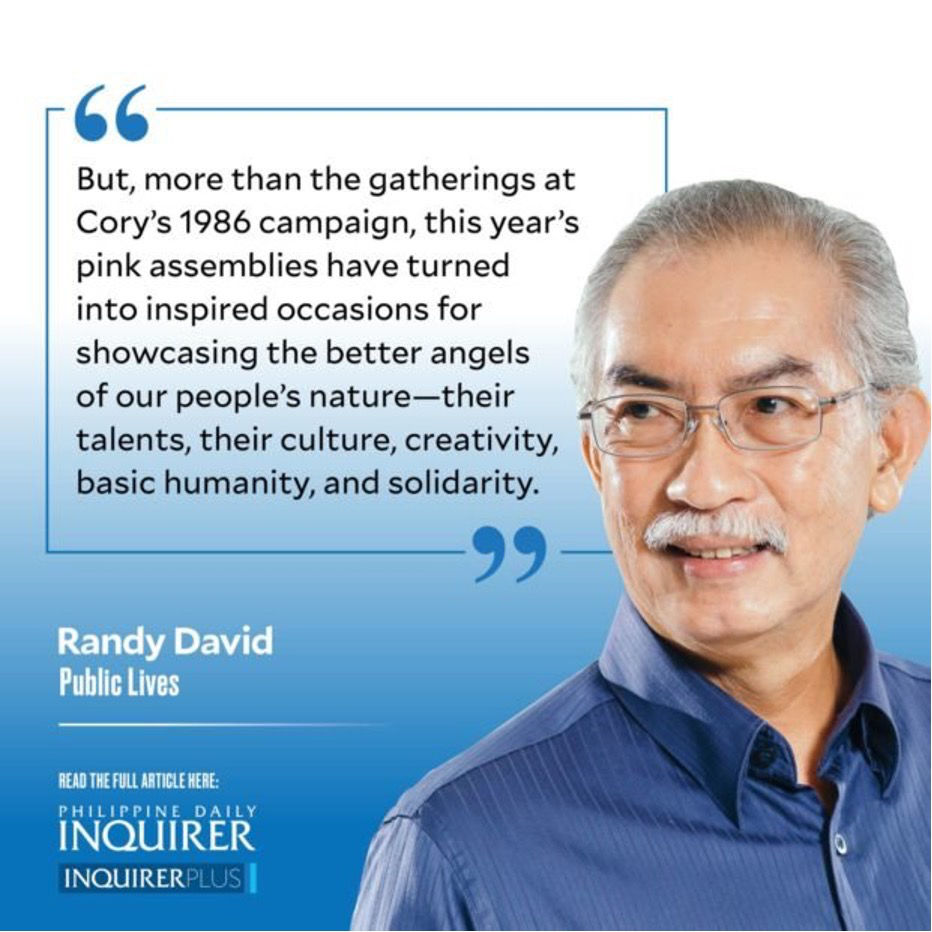 Those mammoth pink crowds that have materialized almost overnight in various places, in support of the presidential team of Vice President Leni Robredo and Sen. Kiko Pangilinan, appear to be saying only one thing. “The surveys draw a picture that doesn’t include us. Governors pledge our votes as though they belonged to them. We are here to be counted, and we choose pink.” It is a powerful message.

In contrast to the anonymity of survey respondents, these are voters consciously asserting their subjectivity and agency. They will not have their votes canceled by the certitude of statistical projections that basically tell them that the game is over. Theirs is not a mere opinion passively given to an interviewer, but a commitment actively asserted in public.

This is what electoral activism is about. And we are seeing it on a national scale only for the second time since the 1986 snap presidential election that pitted the widow Cory Aquino against the dictator Ferdinand Marcos Sr. In that hastily called election, the campaign period allowed was no more than a month.

The snap election had all the makings of what political observers call a “demonstration election”—an exercise intended to demonstrate and affirm the legitimacy of the Marcos administration in the face of growing calls for the dictator’s ouster. Marcos needed to show the world that he was the uncoerced choice of the Filipino people.

Citizen engagement was slow in expressing itself. In the early ’80s, an amorphous mass movement known as the parliament of the streets grew out of the protests against military and police atrocities under Marcos. But, in an atmosphere of repression, its activities were sporadic. The movement swelled beyond all expectations after the cold-blooded murder of the opposition Sen. Benigno “Ninoy” Aquino Jr. on Aug. 21, 1983.

Ninoy’s shocking assassination and the severe economic crisis it triggered jolted the middle classes into realizing that the country was in very grave peril. The crisis had reached a point where it could be very difficult to avoid violence. A civil war loomed.

As lopsided as the election was, and as improbable the prospects of a dictator gracefully accepting defeat at the polls were, the snap election was seen as the only option available if a bloodbath was to be avoided. The decision to challenge Marcos at his own game transformed overnight a dormant middle class into an aroused middle force.

I was 40 at the time and had actively participated in the formation of Kaakbay, a civil society organization founded by the brilliant human rights crusader Sen. Jose W. Diokno after his release from Marcos’ prison. I did not believe in the potential of elections to end dictatorships. Thus, my first instinct was to advocate a boycott of the snap election, and to reject Marcos’ call for national reconciliation.

My views quickly changed, however, when I saw what was happening on the ground: People were self-organizing to ensure Marcos’ defeat at the polls. The election gave them a chance to express their political views without fear. They organized meetings at each other’s homes to talk about the main issues, discuss strategy, raise funds, make campaign posters, and reach out to the poorer communities to loosen the grip of Marcos’ patronage machine over them. The prospect of electoral defeat did not deter them.

On election day, they sent citizen brigades to the voting centers to guard the ballot boxes. The volunteerism that animated their participation in various aspects of the election process proved to be infectious. It paved the way for a new stage in the people’s fight to re-establish democracy in the country. The snap election became a crucial stepping stone to something more enduring.

It was this activism, born and nurtured in the womb of an improbable snap election, that, in retrospect, became the foundation of a protracted commitment to societal change. The best expression of that commitment was the historic Edsa People Power Revolution of 1986.

It is useful to recall the defining characteristics of the crowds that the Cory campaign against Marcos drew. Mostly led by young professionals, nuns and seminarians, university students, and middle-class families, they exuded spontaneous cheerfulness and goodwill. These are the same hallmarks of the pink crowds that have swept the various capitals of the country in the closing months of the current electoral campaign.

They are driven by hope rather than by resentment, by pride in being Filipino rather than by shame and cynicism. But, more than the gatherings at Cory’s 1986 campaign, this year’s pink assemblies have turned into inspired occasions for showcasing the better angels of our people’s nature—their talents, their culture, creativity, basic humanity, and solidarity. They work hard to project their own charisma, so they can invest it upon the leaders they have chosen to support.

One will immediately note the total absence of political parties in these gatherings, a testimony to the fact that what we’re seeing here are multifunctional social movements rather than electoral machines. The election, for them, is just one arena. They thrive best in the face of adversity, when there is a serious threat to the common good and the future of the nation’s children.

All hope is indeed driven by love, and that is what makes these new movements radical. 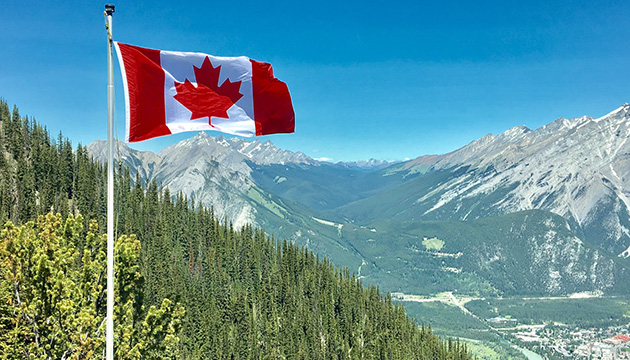 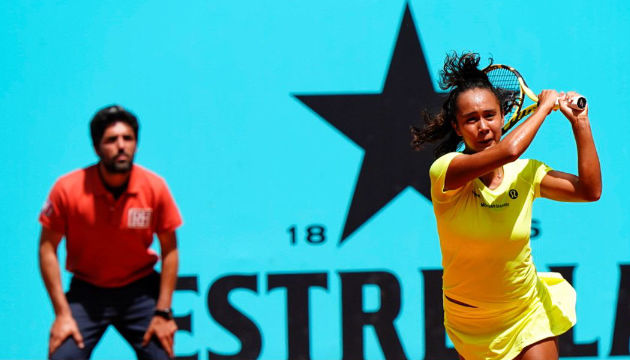 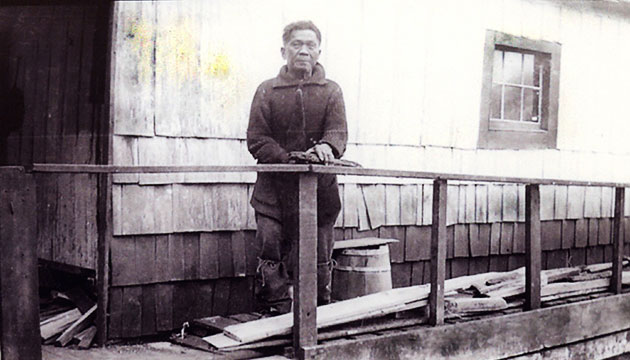 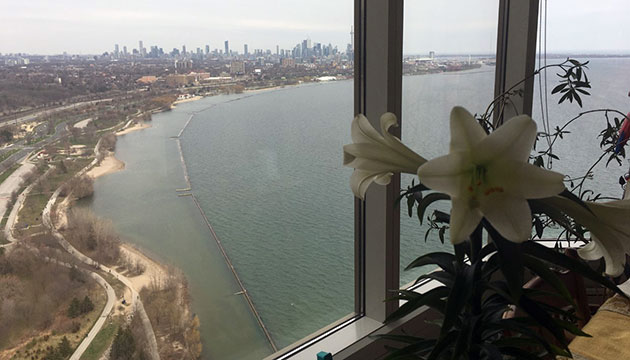 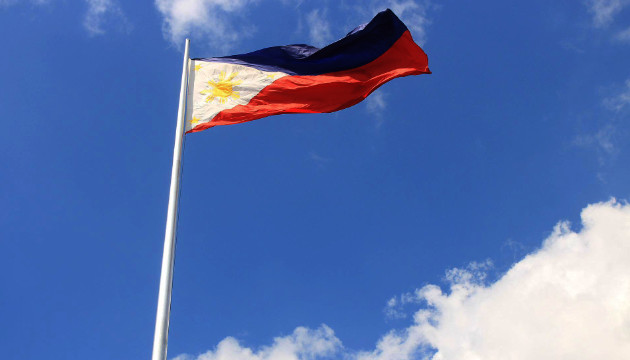