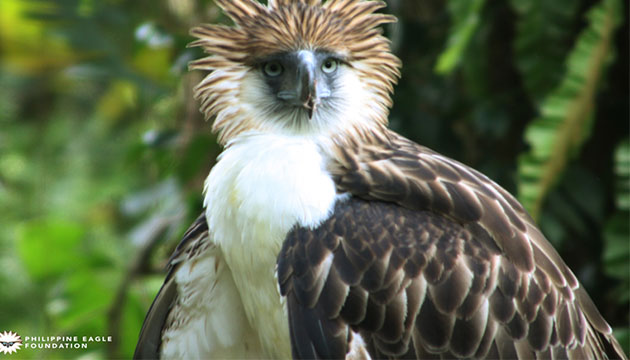 The Philippine Eagle Foundation (PEF) joins the 27th International Ornithological Congress in Vancouver (August 19 to 26) to save the Philippine eagle from extinction.

In support of PEF, the Philippine Consulate General is holding a reception on August 21 at the Consulate at 999 Canada Place. There will be a mini exhibit and a preview of the documentary film “Bird of Prey” to raise awareness on the Philippine government’s wildlife conservation program focused on the critically endangered Philippine eagle.

The "Bird of Prey" premieres on Wednesday, 22 August 2018, 7.00pm to 10.00pm at the Science World. Please refer to the following link to register:
https://www.eventbrite.ca/e/bird-of-prey-film-screening-tickets-48221365402?utm_campaign=%5Beblast%5DBirdofPrey&utm_medium=email&utm_source=wordfly&utm_content=version_A

The Philippine eagle, found only in the Philippines, is considered to be one of the three largest and most powerful eagles in the world. Also known as the monkey-eating eagle, it is the national bird of the country and is in critical danger of extinction due to massive loss of habitat resulting from deforestation through illegal logging and irresponsible use of natural resources.

Killing a Philippine eagle is punishable under Philippine law up to 12 years in prison and heavy fines but corruption in all levels of government gets in the way of enforcement. Very often, Philippine eagles are killed without provocation, and mostly out of fear and ignorance, or worse, just for sport.

A rarity to see a Philippine eagle in the wild
Philippine eagles are raptors, the group of birds also called “birds of prey” that includes hawks, falcons, eagles, owls, and vultures. They are the only blue-eyed birds of prey in the world, with eyes that can see eight times the distance than that of humans.
The Philippine Eagle Foundation describes the Philippine eagle as having a dark face, long, brown and white plumage , a shaggy, mane-like crest, a massive arched beak and large yellow legs with powerful dark claws. It generally measures one meter (3 feet) in height with wingspan of two meters (7 feet), the broadest in the world.

Philippine eagles are found only on the islands of Luzon, Samar, Leyte and the largest numbers on Mindanao. They are solitary, fiercely territorial and mate for life. They live up to 40+ years in captivity but probably much less in the wild. Their current population is unknown but it is thought to number fewer than 250 mature ones in the wild.