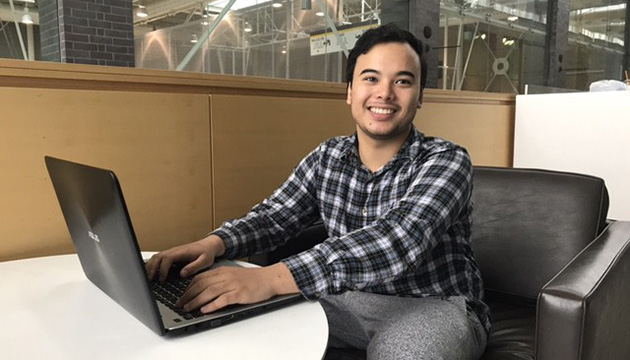 August 16, 2020 - Warren Urquhart relates that he was the first member of his family to meet a Canadian Filipino lawyer.

That happened during his first year as a student at the Osgoode Hall Law School in Toronto.

Urquhart, who is of mixed Filipino heritage, found the experience surprising, as his family has been in Canada for a long time.

“My grandparents, mother and seven of her siblings lived in Canada for decades before my acceptance into Osgoode,” Urquhart wrote in a two-part series at The Lawyer’s Daily, a publication of LexisNexis Canada.

The publication ran in July 2020 the series written by Urquhart, who is entering his second year of law studies.

The law student noted that in the 2006 census, Filipinos were the fourth largest visible minority in Canada.

He cited a 2010 report titled ‘Racialization and Gender of Lawyers in Ontario’, which showed the state of Filipinos in the legal community.

Urquhart pointed out that representation in professions matter for visible minorities like Filipinos.

“We care about it because representation at the top allows us to uplift our community,” he noted.

Urquhar explained: “If we do not have lawyers who look like us in the profession, our communities are underserved, and young aspiring lawyers have a difficult climb to the summit.”

Urquhart suggested that a particular phenomenon in the Filipino immigration experience to Canada may help explain in part the lack of the community’s representation in the legal profession.

That is the failure by many to realize the “promise of social mobility in Canada”.

In a lot of cases, Filipinos in Canada “find themselves stuck in working class jobs”.

For those earning working class incomes, high costs to education become another “barrier to social mobility for Filipinos”.

In short, “Many of our men are stalled.”

For more: here are links to Urquhart’s two-part series: