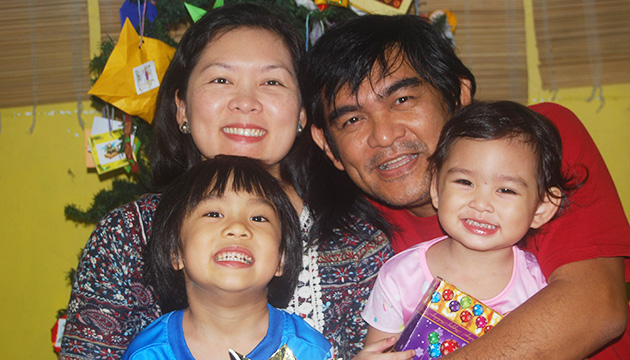 How do we begin to understand why very few students of Filipino heritage are able to complete high school in Canada compared to youths of other immigrant families? Among students of Filipino heritage who complete high school what other barriers are they faced with, aside from financial, in pursuing college or university education?

An understanding of the effects of migration, and the impact these have on the developing child, is often overlooked. Increased awareness of the migration experience of students of Filipino heritage and its impact may help identify the multiple barriers they face to ensure that they gain access to an equitable, compatible, and supportive learning environment. Researcher Angela Rai cites that access to education determines a nation’s future economic prosperity, stability and societal participation.

Forced migration, where migrant workers impoverished in their homeland have to work in a foreign country, breaks families apart. Migrant workers’ labour force strengthens a host country’s development at the expense of weakening their family unit. Being away from each other for a long period of time has a cumulative impact on all the family members, especially on a growing child, according to Ellen Tate, a City of Toronto researcher.

They also exhibit symptoms of adult separation anxiety disorder or ASAD. These include persistent worrying about losing loved ones to death, illness, and accidents; thoughts of infidelity and jealousy; nightmares stemming from these aforementioned fears; and grieving-related behaviours that include social withdrawal, sadness, nervousness, and inability to concentrate. Since ASAD is often overlooked, those suffering from the disorder may not get the support they need.

A long-distance relationship could die a natural death. In many cases, couples end relationships, and find new partners.

Also, conflicts between couples may ensue, and could later escalate to violence and abuse once they are reunited in a new country like Canada. Ongoing family conflict at home is known to be more detrimental to the developing child and youth, compared to growing in two separate households, where parents share custody and have separated or divorced.

Children and youth affected by family separation and reunification issues experience difficulties in connecting with family, peers, and the community. According to the City of Toronto’s Tate, their mental health and overall wellbeing suffer. Psychologically, they may have problems with developing a sense of identity and belonging, and self-esteem. Their self-efficacy or belief in their ability to succeed is impacted.
Resentment, anger, sadness, and depression are some of the emotional hardships among youth and children impacted by family separation and reunification problems. They may be withdrawn or exhibit risk-taking behaviours.

Building resilient families
An educational system that continues to overlook students affected by family separation and reunification issues is failing to meet their developmental and learning needs.  A compatible and supportive learning environment should be defined to meet their needs.

In a study, May Farrales and Geraldine Pratt with the UBC Department of Geography made clear that the poor educational outcome among certain students is not a “Filipino” problem. Their paper outlines howforeign labour and immigration programs contribute to family issues that affect the capability of some students of Filipino heritage to stay within the educational system.

A 2011 paper by Tate of the City of Toronto recommends more research into the pervasiveness of family separation and reunification issues or FSR.
“Raising awareness of the phenomenon of FSR so that it is considered and integrated into mental health/youth/child and newcomer research, policy and services would also be advised, since it has received only passing mention in key research studies and policy documents,” according to Tate.

In Vancouver, Chit Arma, a settlement worker with the Immigrant Services Society, has been organizing ongoing support for families experiencing these particular issues through family-specific and culturally-sensitive workshops in a safe and nurturing space.Workshops are organized in collaboration with St. Mary’s Parish in Vancouver and the church’s migrant ministry.

The far reaching contributions and sacrifices made by immigrants and their families need to be part of mainstream narratives. A narrative that recognizes and values everyone’s contribution is what makes Canada a great nation.

Cecilia Tumolva is a social justice and equity advocate. Based in British Columbia, Tumolva is a licensed teacher and early childhood educator. She was a former caregiver.