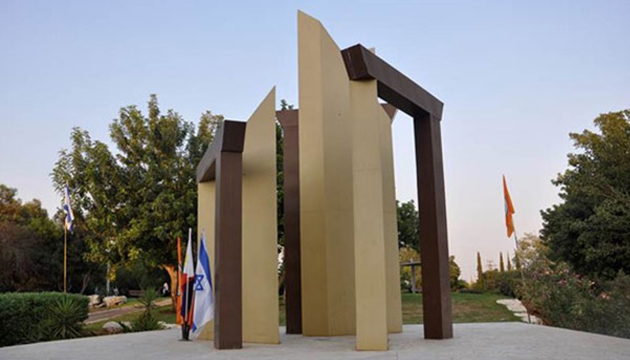 Formed like a stylized Star of David, the memorial commemorates one of the darkest periods in human history, when six million Jews were killed by Nazi Germany during World War II.

In some measure, the monument is also a stark reminder of a shameful chapter in the history of Canada, when the government in 1939 decided to turn away 900 Jews seeking asylum in the country.

It is an episode that stands in harsh contrast to the shining legacy of the Philippines in opening its doors in that same year to Jewish refugees escaping persecution in Europe.

“Ten thousand visas earmarked for travel to the Philippines Islands were made available to thousands of Jews,” the Philippine embassy in Israel recalls in its official account online.

Referring to the leader of the Philippine Commonwealth government at the time, the account notes, “President Manuel L. Quezon fully understood the crisis that the Jews were facing at that time. And to reinforce this open door policy, President Quezon built a housing community for Jewish refugees in Marikina in 1939 and allotted a farm and large settlement area in Mindanao for Jewish refugees before the outbreak of World War II.”

Around 1,300 Jews arrived in the Philippines, and more could have been saved had war not overtaken events.

In 1942, Japan invaded the Philippines, forcing Quezon and his government into exile.

Filipino friendship for the Jewish people was again proven after the war, when the Philippines in 1947 cast the tie-breaking vote in the United Nations on a resolution creating the state of Israel.

For these acts of courage, the Philippines has earned immense gratitude from the Jewish people.

Israel is one of few developed countries that Filipinos can visit without a visa.

In 2009, a monument celebrating the rescue of Jews by the Philippines during the Holocaust was unveiled in Rishon Lezion, an Israeli city not far from Tel Aviv.

One door represents the Philippine welcome of Jewish refugees during the war. The second stands for the Philippine vote for the creation of Israel as a state. And the third recognizes the thousands of Filipinos working in Israel.

Petronila Garcia was the Philippine ambassador to Israel when ‘Open Doors’ was unveiled. Garcia is now chief envoy to Canada.

Meanwhile in Ottawa, many hoped that Trudeau would make an apology for Canada’s decision in 1939 to turn away from Halifax the ship M.S. St. Louis bearing 900 Jews in 1939.

About 500 of the passengers eventually ended back in Germany. Half of them died during the Holocaust.

In his speech at the opening of the National Holocaust Monument on September 27, Trudeau said: “May this monument remind us to always open our arms and our hearts to those in need.”

According to media reports, the federal government is working on an apology that may be delivered some other time.