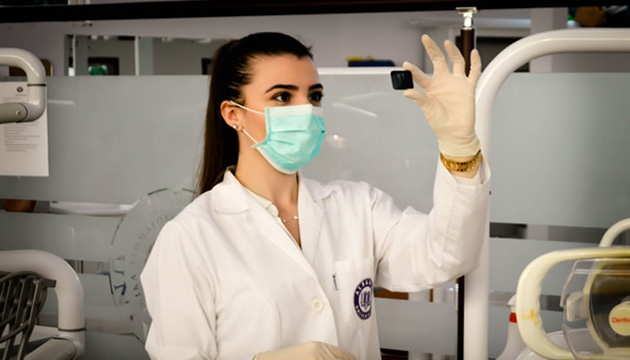 February 16, 2020 - (This is part 2 of a column on Medisina at Politika by Dr. Pagtakhan. Part 1 appeared on the February 1st edition of CFNet.)

A. Human and Societal Toll
China is in the midst of an epidemic due to a new coronavirus not previously identified to cause illness in people and now officially named COVID-19 by the World Health Organization.

Over 42,670 taken ill and 1,018 lives lost, and counting. Over 60 million residents quarantined in their homes and apartments. Entire province and adjacent cities in lockdowns. Air flights and land travels restricted or cancelled, classes suspended, factories and offices closed, and tourism depressed.
These are the human toll on life and health and the monumental disruptions in China.

B. How the Epidemic Began
It was around December 8, 2019 when a cluster of patients in Wuhan, Hubei, China presented with fever, cough, malaise and chest images that resembled a viral pneumonia. Since most of the patients shared a history of exposure to the Huanan South China Seafood Market, an alert was issued and an expert team of physicians, epidemiologists, virologists, and government officials was soon formed. On December 31, 2019, 59 patients “with pneumonia of unknown cause” were transferred to one designated hospital and the World Health Organization (WHO) was notified. The following day – January 1, 2020 – a virus was isolated and the Huanan wet market was closed. Further characterized, the new virus pathogen was posted as ‘2019-nCoV” - henceforth to be officially called COVID-19 - and a diagnostic test developed by January 10. The first case outside Wuhan was confirmed in Thailand on January 13th. By January 23rd, 800 cases had been confirmed in patients from 20 regions of China and 9 other countries.

C. Worldwide Tracking of Cases
In response to the outbreak, the Johns Hopkins University’s Center for Systems Science and Engineering (JHUCSSE) launched on January 22nd its online dashboard to track in real-time the reported cases - confirmed, recovered and deaths – on a daily timescale. This dashboard gets its data from the Centers for Disease Control and Prevention in the USA and Europe and WHO, thereby provides the global public a better appreciation of the rapidly unfolding outbreak.

D. COVID-19 versus SARS: A Comparative View
Differences: The two virus strains belong to the same family group called coronavirus due to their crown-like appearance, but their genome sequence is different. COVID-19 differs from SARS as follows: a) the source of outbreak and city of origin (wet market in Wuhan vs contaminated sewage in Hong Kong); b) animal host (unknown versus bats and civets); c) effectiveness of human-to human transmissibility, the RO number (about 2 versus 2.7); d) duration of epidemic (2.5 months versus 4 months; e) number of cases (42,670 and counting versus 8,422; f) number of deaths (1,018 versus 916); g) case fatality rate (2.39% versus 10.88%); h) risk to health care workers (low versus high constituting 25% of total; i) non-prominence of diarrhea (2% versus 25%); j) rarity of cold-like symptoms like runny nose, sneezing, sore throat (4% versus very common); k) response to anti-viral drugs (none versus available); l) vaccine availability (promising development versus none), and m) rapid diagnostic test (available versus none).

To date, case fatality rate from one published report is equal to and from another report is higher than for SARS, but the ongoing tracking with the JHUCSSE dashboard shows lower fatality rate. It is too early to make a definitive comparison since some 36,900 cases and counting remain after taking into account the number of deaths and recovered from the total confirmed,

Similarities: The two diseases share the same 1) modes of transmission (droplets from symptomatic patients and non-symptomatic carrier); 2) incubation period (up to 14 days); 3) scope of geographic spread (25 to 28 countries); 4) capability to do serious harm (occurrence of fatal cases); 5) risk factors for death (presence of underlying medical conditions); 6) high occurrence of pneumonia; 7) common symptoms of fever, cough, fatigue and difficulty of breathing; and 8) average duration of about a week from onset of illness to shortness of breath and hospitalization; 9) quarantine of contacts and elimination of animal reservoirs would help in effective control of community spread for the two diseases, just as 10) early detection of disease, strict isolation of patients, practice of droplet and contact precautions, and compliance with the use of personal protective equipment would help prevent hospital-acquired spread.

E. Global Concern and Canada’s Response
WHO declared on January 30th a public health emergency of international concern “to fight further spread in China and globally, and to “protect states with weaker health systems.” Its Team headed by Canadian expert Dr. Bruce Hayward has just visite China to do a follow-up on the ground. USA followed with its own declaration the following day.

Canada’s public health response reflects preparedness and planning, including its airlift evacuation from Wuhan of Canadian citizens and permanent residents and their two-week quarantine at the Canadian Forces Base Trenton. The Public Health Agency of Canada has activated the Health Portfolio Operations Centre and the Public Health Response Plan to support effective coordination of federal, provincial and territorial preparedness and response across Canada. Meanwhile, the National Microbiology Laboratory has developed a real-time diagnostic test and is working collaboratively with Canadian provincial public health laboratories to ensure testing capacity in multiple jurisdictions.

Hon. Dr. Rey D. Pagtakhan, P.C, O.M., LL.D., Sc.D., M.D., M.Sc., is a retired lung specialist and professor of pediatrics and child health from the Children’s Hospital of Winnipeg and the University of Manitoba Faculty of Medicine. He presented., as Canada’s former Secretary of State for Science, Research and Development, on “The Global Threat of Infectious Diseases” at the G-8 Countries’ Science Ministers and Advisors Carnegie Group Meeting held on June 13-15, 2003 in Berlin, Germany; This email address is being protected from spambots. You need JavaScript enabled to view it.